On June 30, Record Collector will release a new one-off magazine celebrating one of the most revered and successful bands in heavy metal, IRON MAIDEN.

Condensing the career of a band which has enjoyed stellar success and been sonic pioneers for over 40 years is a challenge which some of the biggest names in rock journalism have faced head on. Fans and collectors will learn a wealth of new information about MAIDEN, as Record Collector traces the group's history from their East End roots, telling the story of all 17 studio albums as well as investigating the live albums and tour films.

With over 100 million record sales, more than 2,000 live performances in 63 countries, millions of fans worldwide and 17 chart-topping studio albums of unerring quality and power to their name, IRON MAIDEN has more than earned its proudly held status as one of the most influential and revered bands of all time. In recent years, MAIDEN has extended its legacy in a couple of other areas of particular interest to them: their own award-winning beer Trooper, which has sold over 30 million pints worldwide and is widely acknowledged as the most successful international British beer launch of the past 20 years with Cheshire family brewers Robinsons, and a mobile game titled "Iron Maiden: Legacy Of The Beast", a free-to-play, fantasy RPG where players combat the legions of darkness across time and space as Eddie — one of the most recognizable music icons of our age and the calling card of one of the most impassioned fanbases anywhere.

Last month, MAIDEN embarked on the third and final leg of its "Legacy Of The Beast" tour which began in 2018 and has since been taken around Europe and North, South and Central America, playing to two million fans to date.

Clocking in at a hefty 82 minutes, MAIDEN's latest album, "Senjutsu", came out last September. It marks MAIDEN's second consecutive double album behind 2015's "The Book Of Souls" which is the longest MAIDEN album, with a running time of 92 minutes. 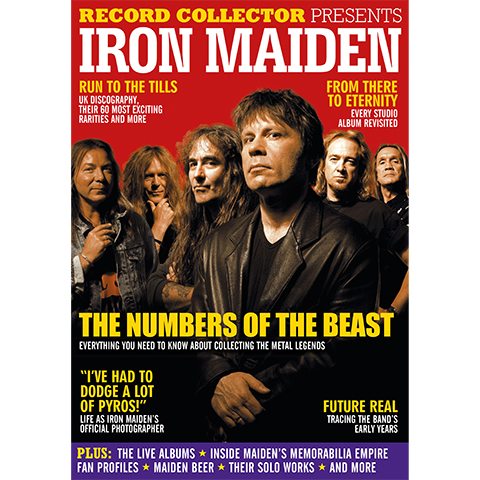