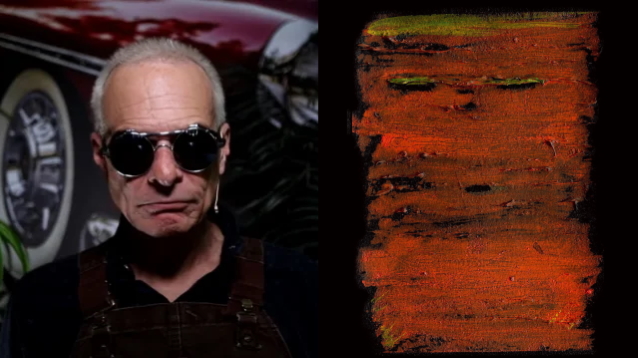 Is This DAVID LEE ROTH's Caricature Of DONALD TRUMP?

Since April 2020, VAN HALEN singer David Lee Roth has spent much of his time creating COVID-themed drawings — he calls them comics — and then sharing the finished works on his social media channels. His latest four pieces of artwork — called "The Don" (an apparent caricature of former president Donald Trump's orange appearance and signature hairdo),"The Hurricane Formally Known As Prince", "Flood" and "Delta" — can be found below.

According to a New York Times profile from the summer of 2020, Roth picked up the pen and ink during his coronavirus lockdown, but he had long been interested in art.