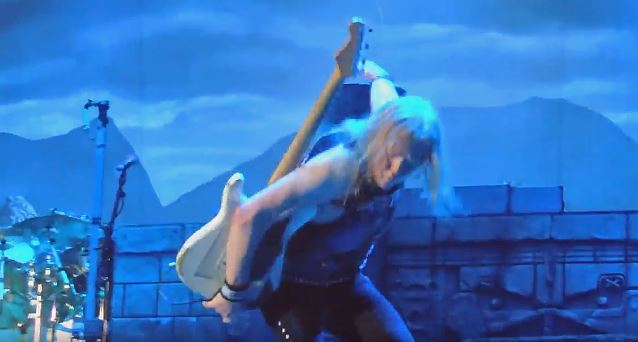 Fan-filmed video footage of IRON MAIDEN's March 26 performance at Allianz Parque in São Paulo, Brazil — focusing primarily on the onstage antics of the band's guitarist Janick Gers — can be seen below.

Gers has often been the subject of criticism for his flashy performance style which many fans feel is out of step with MAIDEN's more traditional approach. Radio personality Eddie Trunk gave his opinion on the matter in a 2009 blog entry after seeing MAIDEN perform in Florida. He wrote at the time: "As much as I love MAIDEN. I must state what has been so obvious to so many for so long. Nobody can figure out why the band tolerates Janick Gers's performance style. Don't know the man and I hear he is a nice guy, but he behaves like he is auditioning for 'Dancing With The Stars' on stage and not playing guitar in MAIDEN. Not even sure what he is doing. Cannot possibly be turned up in the mix much of the time. I know so many that have said the same thing. It's just not right for MAIDEN, especially with [other MAIDEN guitarists] Adrian [Smith] and Dave [Murray] in classic mode on stage. I'm sure he's talented and a good guy, but it's way over the top and painful to watch that side of the stage. I love some of the things he has written with MAIDEN and I'm not for a minute saying he should be out of the band, but someone dancing and spinning his guitar just seems so out of place in MAIDEN."

Adriam Smith later defended Janick's performance style, telling Trunk in an interview: "Some people enjoy it. I think it's interesting to have contrasting styles and different personalities [within] the band."

He added: "We actually have to be quite disciplined when we play. I mean, I do, because the songs, some of the arrangements are quite complex and we play 'em very fast, and if I start throwing my guitar around, I just lose the plot, so I don't. [Janick's] fine with it, and it's what he does, and it's cool." 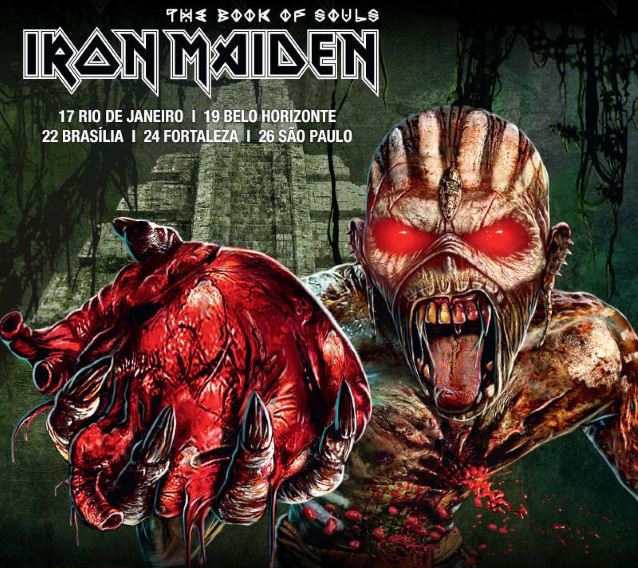