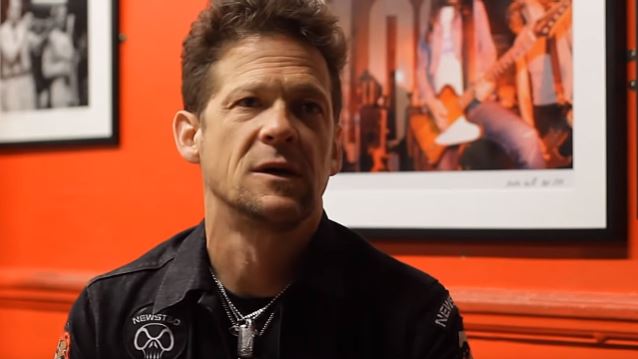 Former METALLICA bassist Jason Newsted spoke to Ultimate-Guitar.com about his decision to shelf NEWSTED, the heavy metal project he operated between 2012 and 2014.

"When it came down to the money stuff and just having to wear all the hats and doing the writing, singing, playing and paying for everything, it was just too much of a load.

"The good things that happened were the shows came off very well and was received very well. The European stuff was fantastic and I got a couple good opportunities opening for IRON MAIDEN at Sonisphere and the Download festivals. Those were wonderful — respect being shown that I couldn't have maybe predicted. We got respect from the generations of bands that followed METALLICA and VOIVOD and people we taught without knowing it."

He continued: "I did the NEWSTED band thing at my 50th birthday to prove that I still had the guts and I could still go and show those guys half my age and run 'em around the stage. I knew I could still take it to 'em and I had to prove that to myself. As we started going, we got people like [Mike] Mushok [STAIND] to play and having that kind of talent around you inspired you to do better and inspired me to want to take it around and show off to people."

Jason added: "It cost me an awful lot of money — hundreds of thousands of dollars to take the NEWSTED band around to the 22 countries we played. But it was worth it for the lessons I learned and the respect that was shown to us and the camaraderie of the band. But I couldn't continue because the business is such a harsh thing now and so different than what I had known."

In addition to Jason, NEWSTED's lineup included Mushok on guitar, Jesus Mendez Jr. (THE NAPOLEON BLOWNAPARTS) on drums and Jessie Farnsworth on guitar.

After staying mostly out of the public eye for a couple of years, Newsted rejoined Canadian metal innovators VOIVOD on stage during June 2016 concert at Slim's in San Francisco, California. He has since formed a couple of new acoustic projects, one of which completed a short West Coast tour last September. 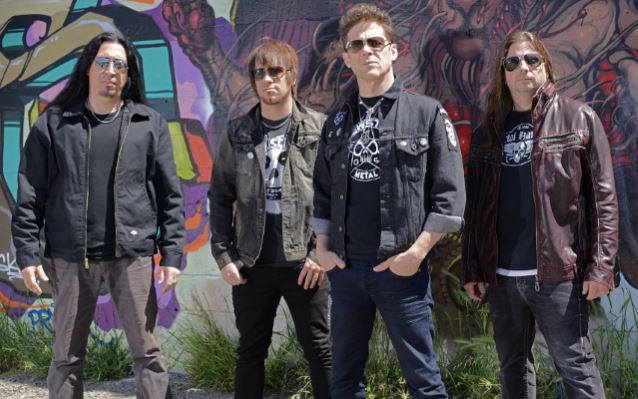