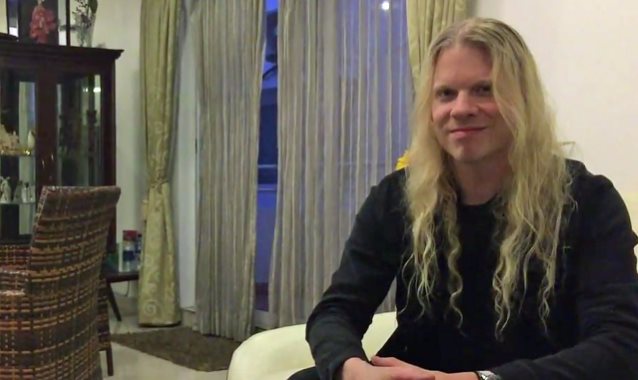 Metal Wani editor in chief Owais "Vitek" Nabi conducted an interview with former NEVERMORE and current ARCH ENEMY guitarist Jeff Loomis on December 11 in Bangalore, India. You can now watch the chat below.

Speaking about his contributions to ARCH ENEMY's upcoming follow-up to 2014's "War Eternal" album, Jeff said: "I'll probably just be doing solos on this, because, I mean, if you look at it, ARCH ENEMY is [guitarist] Michael Amott — it's his band, it's his baby, and he is the main songwriter in the band. I did submit a few songs, and I don't know if they'll make it or not. But I definitely will be playing solos on it."

He continued: "I love being in the band. I am fan of the band. I love the music, and I love playing in front of thousands of people with that band. But we'll see what happens. It's kind of the same thing if you can think the same way with NEVERMORE; me and Warrel [Dane, vocals] were the main writers in that band, and we had a revolving door of guitar players. But pretty much, it was me and Warrel that did a lot of it. Steve Smyth wrote a little bit, Tim Calvert wrote for 'Dreaming Neon Black', but most of it, eighty percent, was me and Warrel. So each band has their own chemistry and their way of doing things."

Loomis also confirmed that he is working on his third full-lentgth solo album, which he expects to deliver by April 2017 for a summer release via Century Media. He said: "The thing about my solo albums is that it's just kind of a way for me to showcase another side of myself, really. I've always been a fan of instrumental music — always. I grew up listening to artists like Jason Becker and Marty Friedman in CACOPHONY, and Tony MacAlpine… I love that shred stuff."

He continued: "I think that I'm gonna really try to focus more on melody on this new one — rememberable melodies. 'Cause I was always trying to just play as fast as I could or whatever. I'm really gonna try to just approach it more where you can really remember a lot of the melodies that are going on."

ARCH ENEMY's full performance at this year's Wacken Open Air — billed as the band's largest stage production to date — will be included on their new live DVD, "As The Stages Burn!", due on March 31, 2017 via Century Media.

ARCH ENEMY will celebrate the release of "As The Stages Burn!" with a number of European shows with special support from LACUNA COIL and THE HAUNTED.

ARCH ENEMY's next studio album is tentatively due in September 2017. 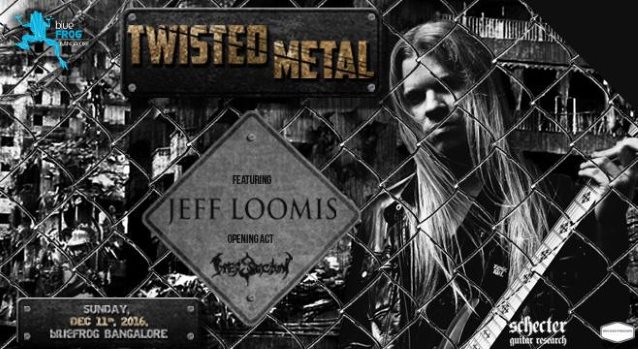