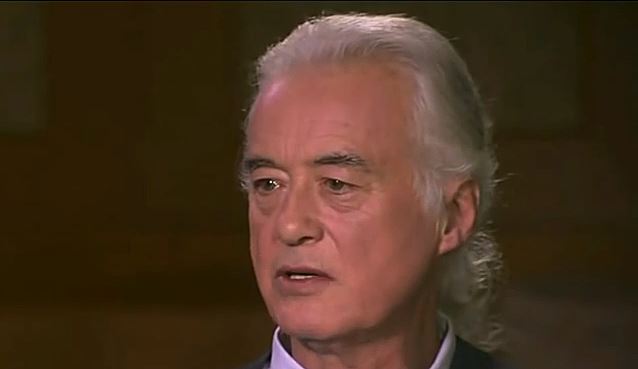 Berklee College Of Music president Roger H. Brown will present Jimmy Page, Geri Allen, Valerie Simpson and Thara Memory with honorary doctor of music degrees at Berklee's commencement ceremony, Saturday, May 10, at the 7,000-seat Agganis Arena at Boston University. More than 900 Berklee graduates, their parents, and invited guests will be in attendance.

On commencement eve, as is Berklee's tradition, students will pay tribute to the honorees by performing music associated with their careers at the Agganis. The concert and ceremony are not open to the public.

Jimmy Page is a world-renowned guitarist, composer, and producer who has twice been inducted into the Rock And Roll Hall Of Fame. He began his career as a studio session guitarist in London and subsequently became a member of THE YARDBIRDS, in 1966, before founding LED ZEPPELIN, in 1968. Over the next decade, LED ZEPPELIN effectively redefined rock music, drawing on a wide range of influences to create a string of legendary albums that have to date sold an estimated 300 million copies. Through his work with LED ZEPPELIN, Page became recognized as one of the greatest and most versatile guitarists in history. From acoustic ballads to hard rock standards, his use of unconventional scales and tunings, innovative use of electronic effects, and fresh approaches to records and production took the rock genre to a new level. His solo from LED ZEPPELIN's "Stairway To Heaven" is still widely considered the greatest guitar solo of all time, four decades since it was recorded.