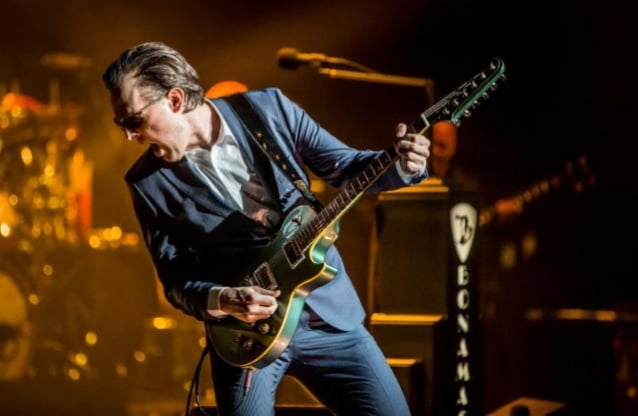 Bonamassa, a New York state native, was discovered by B.B. King and opened for the legend when he was only 12 years old. Since then, over the course of his thriving more-than-30-year career, he has played alongside artists such as Eric Clapton, Stephen Still, Derek Trucks, Warren Haynes, Steve Winwood, Buddy Guy and others.

"Different Shades Of Blue With Joe Bonamassa" will feature Bonamassa exploring all aspects of the blues music genre like never before and curating his favorite blues songs with an eclectic mix. Bonamassa will venture from the 1920s early originators through 1980s blues renaissance, touching on the British Blues catalogue of music from genre titans Eric Clapton, Peter Green, Jeff Beck, Jimmy Page, and expanding to modern-day heavy hitters like THE WHITE STRIPES, THE BLACK KEYS and many more.

Said Bonamassa: "I am really excited to launch my show on SiriusXM's B.B. King's Bluesville. Hosting and sharing music with people is one of my passions. I hope everyone enjoys it as much as I do, bringing this new show to you."

The new weekly show will also feature "Keeping The Blues Alive Spotlight," where Bonamassa will share select tracks from emerging blues acts to showcase inspiring new music from younger generations. The segment coincides with Bonamassa's foundation of the same name (Keeping the Blues Alive),which promotes "music education for the next generation," donating instruments to schools across the country, funding scholarships for college education and more.

"Different Shades Of Blue With Joe Bonamassa" premieres on Monday, January 21 at 6:00 p.m. ET on B.B. King's Bluesville, via satellite on channel 74 through the SiriusXM app on smartphones and other connected devices, as well as online.

As a critically acclaimed artist, Bonamassa continues to evolve on all levels — from collaborative albums with vocal powerhouse Beth Hart, adventurous side projects BLACK COUNTRY COMMUNION and ROCK CANDY FUNK PARTY, and, of course, his solo efforts. In total, Bonamassa has created over 30 albums to date. Most recently he released 2018's full-length solo studio album "Redemption", which has spent 16 weeks at No. 1 on the Billboard blues chart and is his 21st album to hit No. 1.