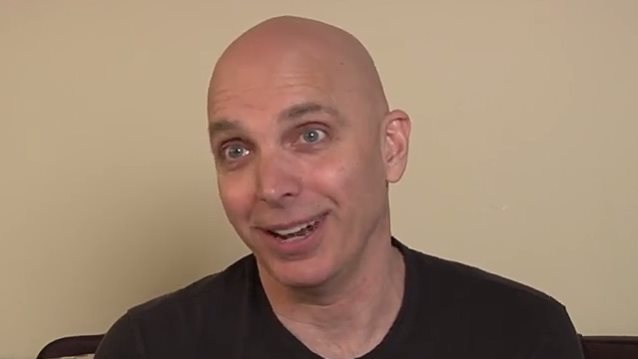 World-renowned guitarist Joe Satriani (pictured) and UN musical director Robin DiMaggio have teamed up to compose and produce a new song called "Music Without Words", to be unveiled at the June 30 annual Presidential General Assembly of the UN 69th Session Gala in New York City. The assembly and gala feature world dignitaries as well as the heads of states from nations across the globe. Accompanying the song will be a video, compiled by the UN, featuring footage of people the world over.

"Music Without Words" was co-written by the two exclusively for this event and produced by DiMaggio as the UN musical director.

Of his collaboration with Satriani, DiMaggio said: "Working with Joe has brought a new meaning to music. This masterpiece was a collaboration of elegance and prestige. This unforgettable melody is for all the human beings in sync with enlightenment and peace."

A meeting between these two iconic musicians first took place when Robin, as musical director for "The Arsenio Hall Show", asked Satriani to sit in with his band last fall. A friendship sparked between the two and discussions of collaborating for the UN, began. Fast forward to June 30 when the piece will debut at the UN Assembly. "Robin came to me with a beautiful challenge," Satriani said, "to create a melody that would touch the hearts of six billion people, a call to humanity, a message of love. He sent me an awesome groove to get the ball rolling, I sent him back a melody, and we kept the collaboration going until we were both blown away. I'm thrilled with the final mix and can't wait for people to hear it.”

"Music Without Words" also features vocals from Ms. Monét, a Grammy-Award-winning vocalist, songwriter and performer who has sung with everyone from Boz Scaggs to Faith Hill, TOTO and Queen Latifah. It was DiMaggio's decision to blend the beauty of Ms. Monét's vocals with Satriani's guitar to create such an incredibly moving piece.

Satriani is currently readying his 15th solo album, "Shockwave Supernova", for release on July 24. He is the world's most commercially successful solo guitar performer, with six gold and platinum discs to his credit (including one more gold award for the debut album by his band CHICKENFOOT),and sales in excess of ten million copies.

Robin DiMaggio is a musical force to be reckoned with. Known as one of the world's premiere drummers and classical/world percussionists, Robin is also a highly skilled songwriter, composer, conductor, arranger, producer, engineer, and instrumentalist.

Having traveled extensively from an early age, Robin's music incorporates rhythms and sounds from diverse cultures throughout the world. The vast array of influences in Robin's life have made him a charismatic ambassador of the arts. For the fifth straight year, Robin has been assigned the returning position of music director for the United Nations, where one of his many responsibilities includes coordinating musical guests for the official General Assembly Summit in New York City each September at the prestigious Waldorf Astoria.