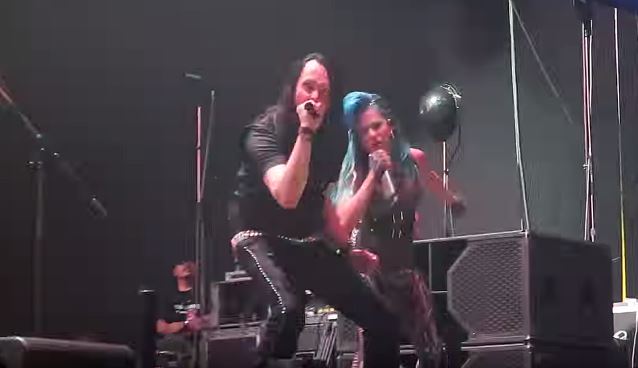 ARCH ENEMY was rejoined by the band's original members Johan Liiva (vocals) and Christopher Amott (guitar) for their appearance at this year's edition of the Loud Park festival on October 10-11 at Saitama Super Arena, Saitama, Japan.

Speaking about his 2000 exit from ARCH ENEMY, Liiva told LoudTV.net in a new interview (hear audio below): "Actually, I wasn't that angry. I was just kind of shocked and kind of disappointed, because I wasn't expecting it. But you just have to deal with it and accept what happened. Then, a few years later, I realized, 'Okay, this is what it's like. It's the music business. [ARCH ENEMY mainman/guitarist Michael Amott] wants to make a living from his music, he wants to make the band like that.' And, honestly, at the end, I wasn't putting too much of my energy into the band; I had so many other things on my agenda, unfortunately. So it was like a mixture of all these things. I was not focused, maybe. So I totally understand it. But then again, many fans were really angry and they all supported me, and I thanked them so much for that. And now they see me doing this show in Loud Park and they wonder what the fuck is going on. You know what I mean? That I don't stand for my values or… But it's not like that. It was a very difficult thing back then."

ARCH ENEMY headlined the 2015 installment of "Summer Slaughter". This tour marked the band's second North American run on this album cycle — but the first stateside trek to feature Loomis. 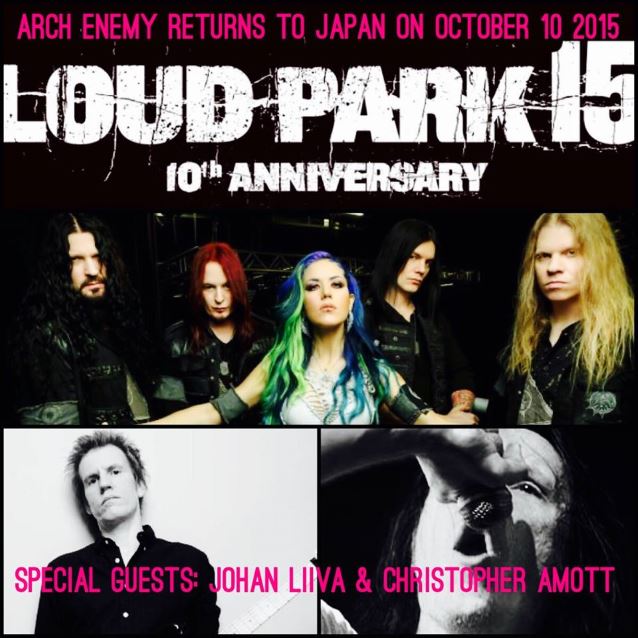