British heavy metal legends JUDAS PRIEST will celebrate their 50th anniversary again this year with the launch of a new North American tour. Support on the "50 Heavy Metal Years" fall 2022 trek will once again come from QUEENSRŸCHE.

Last month, Halford told ABC Audio that PRIEST was in the process of "tracking" follow-up to 2018's "Firepower" album. 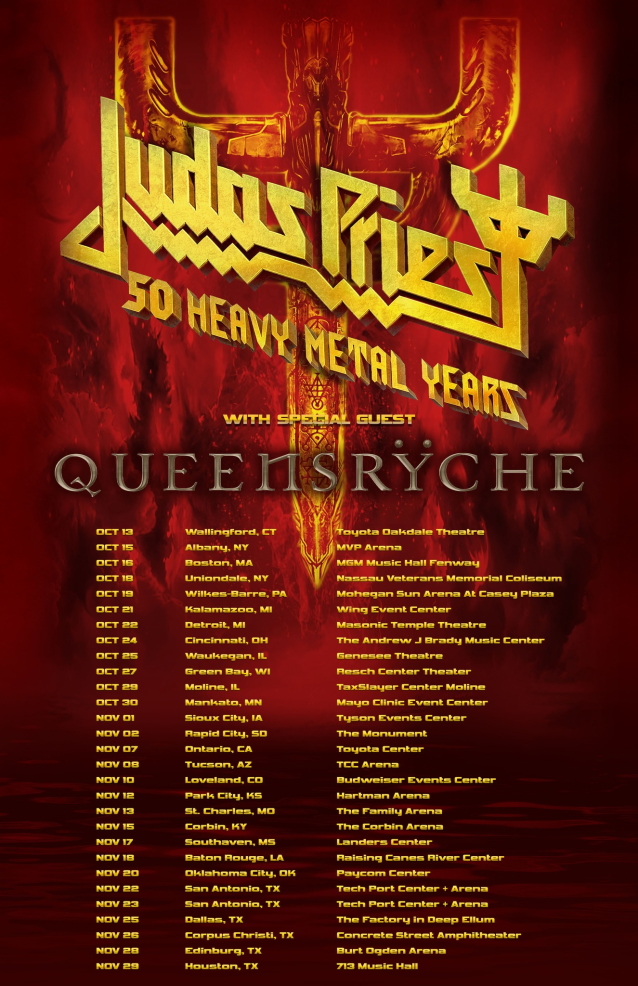