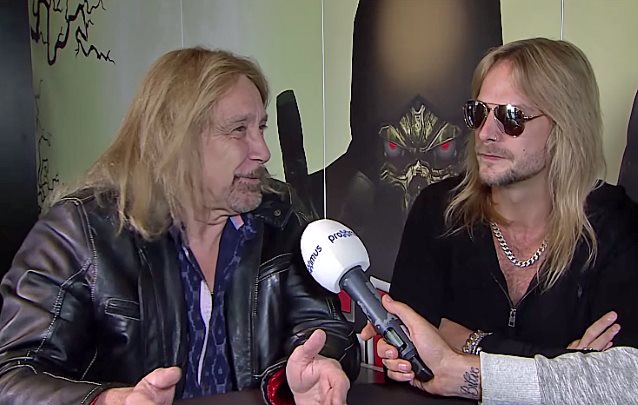 "I think everyone's loyal to the right person, in that respect," noted Faulkner, who said he wasn't aware of the aforementioned study. "If it's something that connects with you musically or emotionally, I think everyone's as loyal as they can be, you know what I mean?! Whether it's metal or a person…"

Attempting to explain the fact that jazz fans were found to be the least faithful partners, Hill said: "Jazz is something… generally very complicated, and [I would] imagine [a lot of the] people involved in it are also complicated. There's a larger threshold for things to go wrong there. But with metal, the way people dress is a certain way — with the hair and the denims and the leathers and what have you — you ain't gonna attract another person that doesn't also look a little bit like that, so there's already an affinity there. You've got an interest right from the start, and it's something to hold on to, together. Even when things are going wrong, at least you've got a common love of music, or a particular type of music."

Victoria Milan — a dating web site for married and "attached" people seeking affairs — asked 6,558 of its members about their taste in music, and whether it made them think of their lover or their long-term partner.

The survey found that more than three quarters of cheaters think about their lover when they hear their favorite music, according to the Mirror.

Victoria Milan founder and CEO Sigurd Vedal said that music has the ability to conjure up images and feelings that need not necessarily be directly reflected in memory.

"As long-term relationships progress, the excitement and passion and fire slowly dies out and people start to look for that missing element outside their relationship," he said.

"The song you choose to listen to in your car as you go to meet your lover, or the music you are playing while you are intimate becomes much more touching than the music you walked down the aisle to ten years ago."

Cheaters surveyed by Victoria Milan listened to the following styles of music: 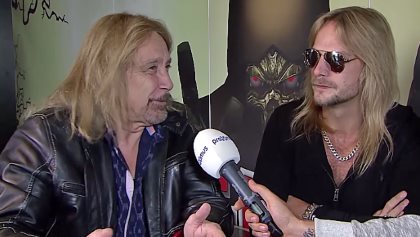