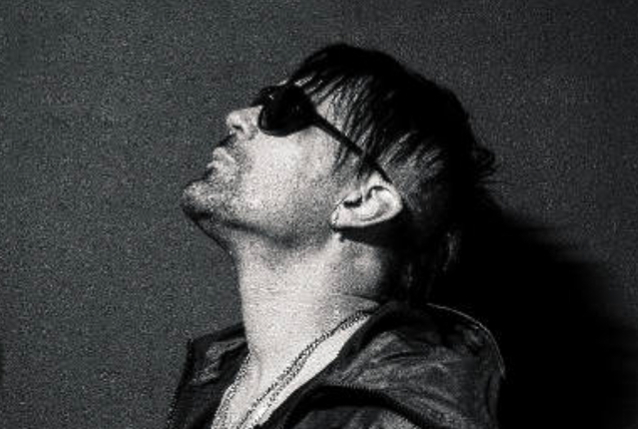 Ryan Shuck, vocalist for JULIEN-K and ADEMA, has announced that he's voluntarily entering a rehabilitation facility for depression and alcohol abuse.

Shuck wrote on social media: "Writing this explanation for locking myself up in rehab is not easy.

"I have spent 25 years living on the edge of a knife, and thinking to myself 'man, I'm doing a really good job not getting sliced open and killed!' But the reality is my balancing act is failing. So, I have decided to make a decision to try to live. My current lifestyle is a path to a very bad place.

"I want to try do my part in making this a better world starting with addressing my own mental health and dependence on alcohol to make it through each day. I just think that I MIGHT be able to do better than I have been doing in life. I feel I have to try another way of living life, and that by doing this I may be able to do more to help the people I love and the fans that have supported me for my entire career. To get through this and help others, I'm going to have to be at 100% RYAN level (which is terrifying, honestly),and I've proven I can't change my current condition on my own.

"I think we're all going to need to have some huge inspiration and positivity to recover from this unprecedented difficult time, and I want to be there to inspire and help others through my music and any other means I have available.

"I'll be in touch with our inner circle fans as much as I am allowed!! You guys all know how much I love you and how much it means to me to stay connected with you. You all know exactly who you are, and you know of the ingenious new ways we've created to stay in touch with our most supportive family of fans.

"This should be interesting for sure :)"

JULIEN-K recently released a new album titled "Harmonic Disruptor" through TLG/INgrooves. The band has also announced the rescheduled dates for its national tour with THE BIRTHDAY MASSACRE.

Shuck joined ADEMA last summer. He came into the group as the replacement for original vocalist Mark Chavez, who returned to ADEMA in 2017 after previously exiting the band twice.