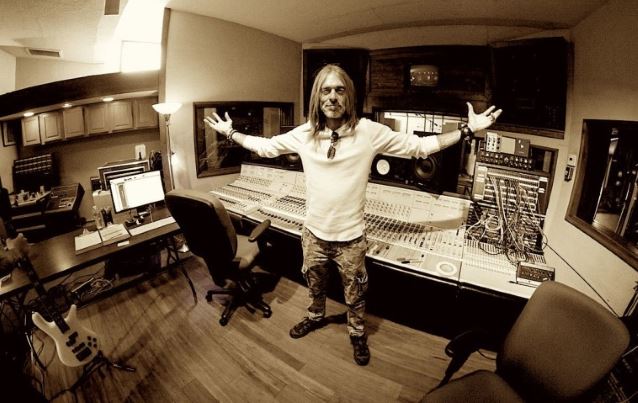 Stagg Street is a state-of the art facility, which has worked with such bands as HELMET and FAITH NO MORE.

After performing on MOTÖRHEAD's Motörboat cruise last September, KILL DEVIL HILL took some time off to write new material, and has been very much looking forward to recording new music.

This will be KILL DEVIL HILL's first recording with Kelly, who replaced Vinny Appice after the latter's departure to pursue other projects.

"I'm really excited about coming on board with KILL DEVIL HILL," Kelly said last year. "I've been a fan since their debut and have known the guys for a long time. It's also clear that I have some really big shoes to fill. I'm ready for that challenge as I prepare for KILL DEVIL HILL's next chapter. This is gonna be a blast!"