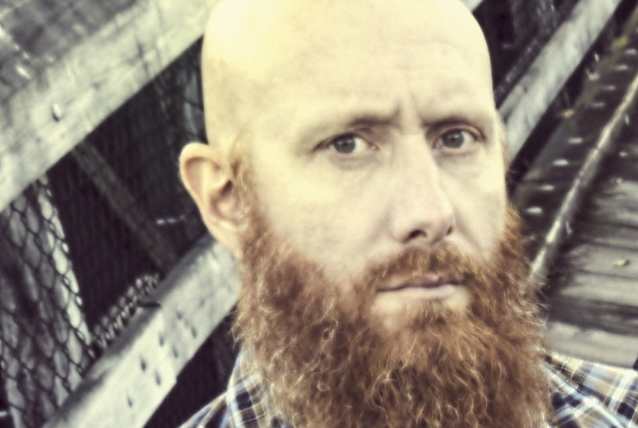 KILLSWITCH ENGAGE Drummer On Physical Rigors Of Touring: 'It's Getting Really Hard To Do This'

On March 11, KILLSWITCH ENGAGE drummer Justin Foley was interviewed by the "BREWtally Speaking Podcast" prior to the band's concert in Grand Rapids, Michigan. You can now listen to the chat below.

Asked whether he and his bandmates have become more aware of the fact that a day will eventually come when KILLSWITCH ENGAGE will be forced to call it quits due to the physical rigors of the road, Justin said: "Definitely thinking about that a lot lately, just because I feel so old. It's getting really hard to do this. Even last night — it was the first show [of the tour with AUGUST BURNS RED], so a lot of times, the first show there's rust. And as much as I play at home, there's the whole added adrenaline factor with people. You can't simulate it, really. No matter how hard you try to play at home or how long you try to play at home, it's always a little bit different. And my body just doesn't listen to me. Even mentally, it doesn't do what I want it to do like it used to. Everything is much more difficult. Even the songs that used to be easier songs are just harder than they used to be. So for me, I'm thinking about that a lot too.

"I know that I feel really lucky to do this too," he continued. "So that's another part of it. We're just very fortunate to do this and really enjoy doing it as well. I think we know how good we have it, basically — how good we've had it for awhile. We're very lucky to have it that way, that we're still doing this.

"As far as whenever it's gonna end, I don't know — it would be nice not to have something stop it for us. It would be nice to make your own decision about it.

"When [THE] DILLINGER [ESCAPE PLAN] just ended, still at the top of their game, and then they just said, 'You know, we've done this. We've kind of had enough. We'll do some other stuff,' I was, like, 'Wow, man,'" he added. "I was really envious in a way, I guess, that they just were able to do that. And I really admired them making that decision, 'cause it's not an easy thing to think about. They could still be playing, they could still be comfortably in a band and have that be their employment, I guess. I'm a little scared of the unknown in that sense.

"But, yeah, hopefully, as long as people are still coming to see us too, and we're all still enjoying it — we had a great time last night; the crowd was excellent — as long as my body can hold up, we don't plan on stopping."

KILLSWITCH ENGAGE's latest album, "Atonement", was released last August via Metal Blade Records in the U.S. and Sony Music Entertainment in the rest of the world. The disc features guest appearances by the band's former lead singer Howard Jones and TESTAMENT frontman Chuck Billy. It marks the band's third full-length release since the return of vocalist Jesse Leach, who rejoined the group in 2012.