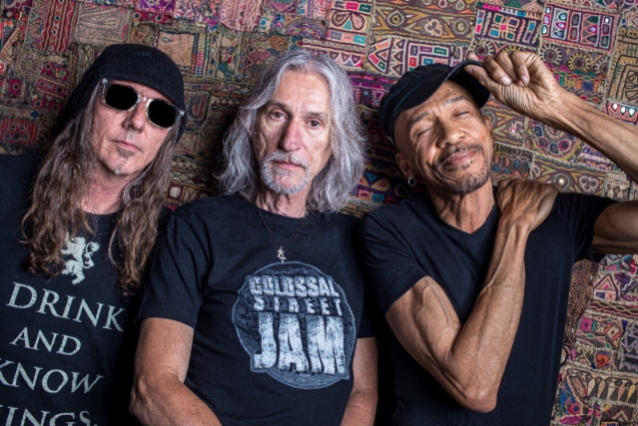 KING'S X, comprised of Doug "Dug" Pinnick, Ty Tabor and Jerry Gaskill, will release its 13th studio album, "Three Sides Of One", on September 2. The LP's second single, "Give It Up", can be streamed below.

Pinnick comments: "After I turned 71, death was on my mind every day. Chris Cornell killed himself, and I was thinking of that.

"Lyrically, [this song is] about not giving up until you naturally die. I want to ride it out until it's over. I'm laughing about how I haven't gotten a will yet, but I should have one. Musically, I wanted it to be really simple, so you can dance to it."

During 2019, the members of KING'S X congregated at Black Sound Studio in Pasadena, California with Emmy Award-winning producer Michael Parnin to bring "Three Sides Of One" to life. Despite consistent touring, they hadn't cut a new LP since 2008. Nevertheless, the guys picked up where they left off. Creative confidant and collaborator Wally Farkas rolled through, and they channeled their incredible chemistry on tape.

Pinnick previously stated about "Three Sides Of One": 'When I think of it, KING'S X feels like a couple of old best friends coming together, shooting the shit, and having a good time, it's instinctual.

"When I would listen to demo tapes of Jerry and Ty for the record, it gave me a great perspective on how blessed I am to be in KING'S X. What they did on 'Three Sides Of One' sounded so good. For as familiar as it is, it's like I'm in a new band."

Ty added: "This time we sat around, listened to each other's ideas and would collectively say, 'Let's work on that.' It was the most enjoyable album I've personally ever recorded in my entire life, period."

Jerry stated: "I'll cherish what we did in my heart forever. Everything lined up perfectly."

"Three Sides Of One" track listing:

Last October, Pinnick told Talking Metal about the musical direction of the new KING'S X material: "Every song is completely different than the other — mixed and sonically; everything. We took every song and tried to do like THE BEATLES 'White' album and just sit down with a song and go, 'Let's give it what it needs.' I don't have to have my Doug Pinnick gravelly tone if I need a Paul McCartney-type sound. Ty, he would fix his guitars to make… 'This is like a whatever song. Let's make it what it is but still be KING'S X.' So I think that it sounds like KING'S X but hopefully everyone will feel that we took another step forward. The whole point is just to try to push forward [while] still looking back. There's a lot of things on this record that are reminiscent of KING'S X totally, but then there's this new KING'S X, I think. Sonically, we're really excited because it's a complete analog record except with Pro Tools. It was laid down with analog — everything — and it was mastered on analog tape and even EQed with analog tube EQs to saturate the tape to get compression instead of digits. So there's no digits on this record. So when you hear it, it's gonna take you back a little bit. It sounds like you put a real record on in the '70s, sonically. It's, like, things jump out at you, and then they don't. It's, like, you go, 'Wow, the bass is huge, but I can hear everything else,' 'cause you can put your hands in it, almost. Michael Parnin just did an amazing job — a painstaking job — to get it to sound like a record that you can put on and play forever."

In April 2021, Pinnick told Shawn Ratches of Laughingmonkeymusic about the new KING'S X material: "I had some pretty crazy songs, time-change-wise, 'cause I've been listening to a lot of MESHUGGAH and shit like that. It's not KING'S X, but that flavor comes in. Imagine John Bonham playing with MESHUGGAH… But Ty and Jerry are singing a lot too. I tell people, it's like from [THE BEATLES' classic song] 'Penny Lane' to the heaviest MESHUGGAH — it's a blend of something in between there. And one song to another almost sounds different, almost to the point where they're individual pieces themselves, like PINK FLOYD used to do. We've got violins and other things in it. I've got some keyboards and all kinds of things to enhance things — piano. Nothing overboard, but just like [Jimi] Hendrix did and people like that — big things coming in and out that gives it that longevity, I would say. Things that you hear and go, 'Oh, wow. That's cool.' That little thing over there. So it's taken Michael a long time to mix it, 'cause he's got a lot of tracks." 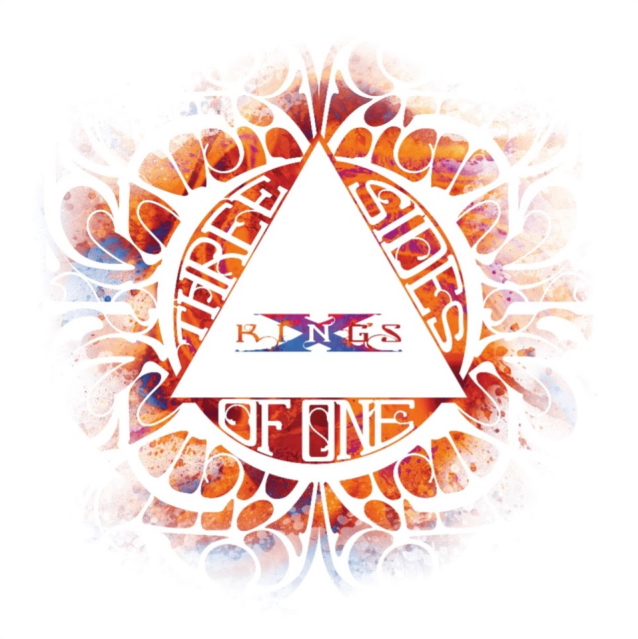