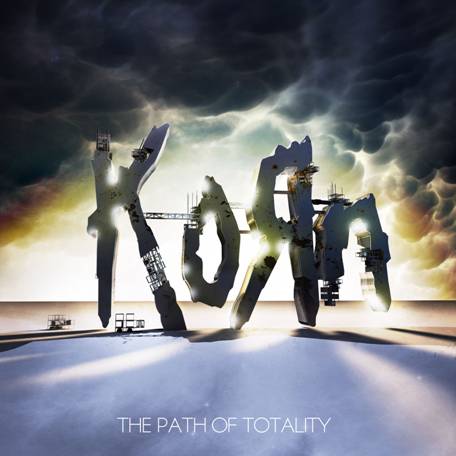 KORN's 10th studio album, "The Path Of Totality", sold 55,000 copies in the United States in its first week of release to land at position No. 10 on The Billboard 200 chart.

KORN's untitled album premiered with 123,000 copies back in August 2007 to enter the chart at No. 2. That number was slightly more than half of the 221,000 first-week tally achieved by its predecessor, "See You On The Other Side", which debuted at No. 3 back in December 2005.

"The Path Of Totality" is already one of KORN's most controversial efforts. This time, the veteran act teamed up with dubstep producers and DJs to add a whole new electronic layer to their sound. Singer Jonathan Davis told The Pulse Of Radio that he enjoys being in a group that takes risks. "We're one of those bands that take the chance and we really just want to put out music that we like making," he said. "We don't care if the people hate or if the people love it — we just want people to have open minds. I think it takes balls as a band to do something like that and to throw something out different, 'cause most bands are scared and they end up sounding the same every record."

Among the dubstep artists who contribute to the set are 12th Planet, Kill The Noise, Noisia, Downlink, Excision and Skrillex, who is featured on first single "Narcissistic Cannibal".

Much of the material for the album was recorded at Jonathan Davis' home studio, and he laid down vocals at home or in hotel rooms while on tour.