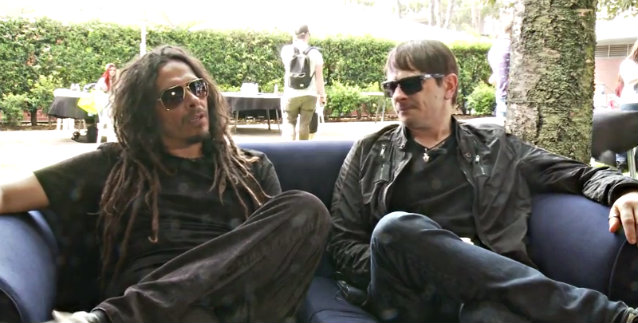 Moshcam conducted an interview with KORN members Ray Luzier (drums) and James "Munky" Shaffer (guitar) during this year's Soundwave festival in Australia. You can now watch the chat below.