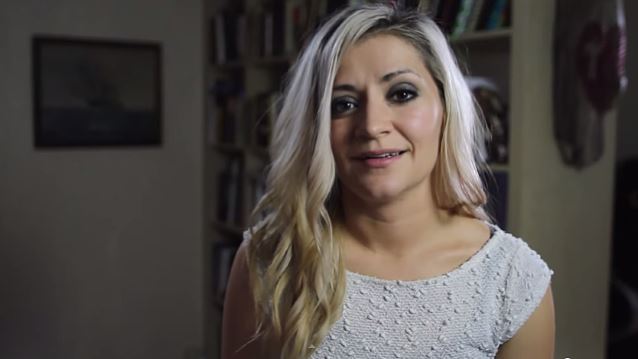 LACEY STURM: Why I Left FLYLEAF

Former FLYLEAF singer Lacey Sturm will release her memoir, "The Reason: How I Discovered a Life Worth Living", on October 7 via Baker Books.

In a new video clip promoting the book, Sturm explains why she decided to leave the band. She says: "We were on our second album when I got married. And the album was called 'Memento Mori'. And 'memento mori' means remember you're mortal, remember that you'll die and remember that your life is short and precious and so are the lives of those around you.

"For two years, I toured with my husband and it was really amazing, and then after those two years, we ended up getting pregnant with my son. And I recognized that my priorities were gonna change even more and that message of 'memento mori' and remembering how short your life is was really weighing on my heart.

"We toured for ten years. I mean, we weren't home for more than a month, probably, a year. So, for me, I just felt really blessed to be pregnant and to be in a place where I could stay home if I wanted to, and really ask that question: how is this gonna change my priorities? How is this gonna look? We had a few things happen that really brought that message home, but the one that hit the hardest was the death of our sound engineer [Rich Caldwell]. We did one last show with FLYELAF as a benefit for his wife Katy and their son Kirby. And it was really hard to do a show without him, and it was really hard to think it could be our last show. So I remember looking at my son after Rich had passed and just wondering to myself, if this was the last year I had with my son, how would I spend it?

The "The Reason: How I Discovered a Life Worth Living" book description reads: "The day Lacey Sturm planned to kill herself was the day her old life ended. As an atheist who hated Christians, she thought church was a place for hypocrites, fakers, and simpletons. After a screaming match with her grandmother, she ended up in the back of a sanctuary, hating everyone in the room. But what happened in that room is The Reason she is alive today.

"With raw vulnerability, this hard rock princess tells her own story of physical abuse, drug use, suicide attempts, and more — and her ultimate salvation. She asks the hard questions so many young people are asking — Why am I here? Why am I empty? Why should I go on living? — showing readers that beyond the temporary highs and the soul-crushing lows there is a reason they exist and a purpose for their lives. She not only gives readers a peek down the rocky path that led her to become a vocalist in a popular hardcore band, but she shows them that the same God is guiding their steps today."

KORN guitarist Brian "Head" Welch wrote the foreword to the book. He says: "I've known Lacey for a few years now, and her story will always be one of the most jaw-dropping life transformations I've ever heard. Each time I hear her story, I can feel her hopeless pain and sorrow as she reached the point where she gave up on life after trying to satisfy herself with the world's antidotes, which only left her soul in agony.

"A book with this much substance will, without a doubt, live on to change lives for generations. I truly believe Lacey's story has fallen into your hands at the perfect time. Dive right in and find out the reason."

Lacey Sturm is a mother, wife, writer, speaker, and musician. Originally the voice behind the platinum-selling international rock band FLYLEAF, she is now a solo artist. But most of all, she is one of God's works of art, and she wants others to know and understand how special, how beautiful, how kaleidoscopically wonderful we are all made. Lacey speaks for the Billy Graham Evangelistic Association and its Rock The River events. She cofounded the Whosoever Movement and helped begin the RESET movement as one of their key speakers. She lives in Pennsylvania with her family.

Sturm left FLYLEAF in October 2012. She has since been replaced by Kristen May, formerly of the group VEDERA. 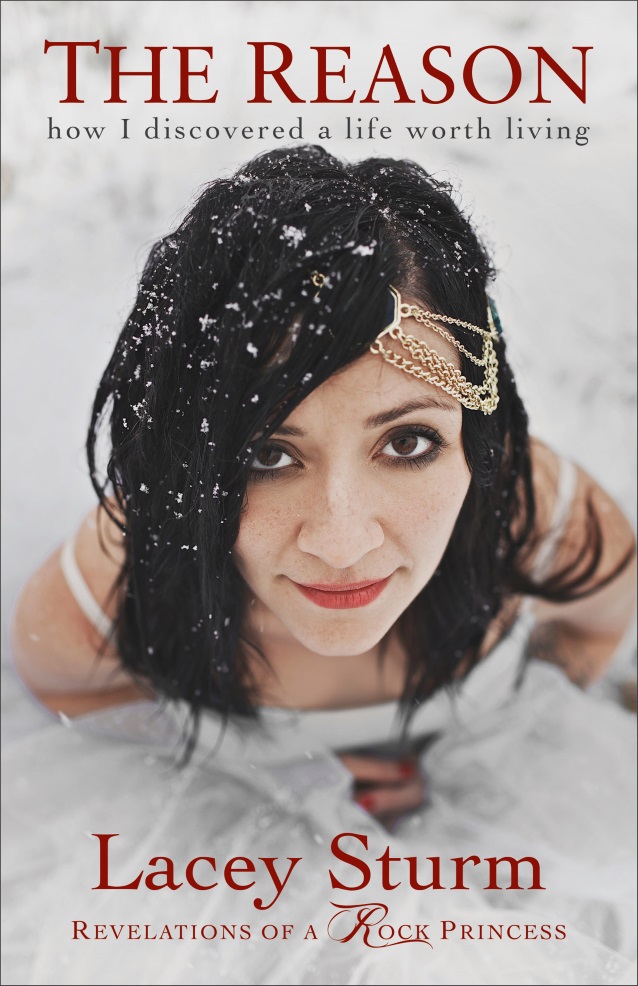