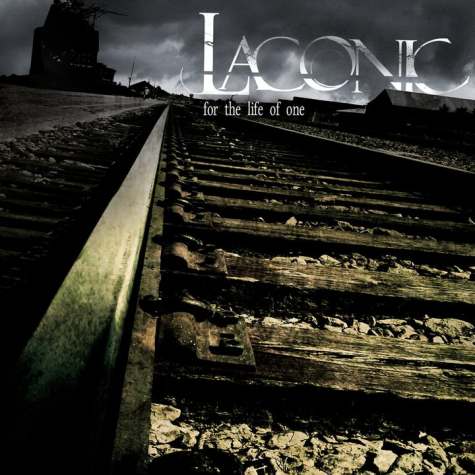 Phoenix, Arizona's LACONIC has inked a deal with Swimming With Sharks Records. The band's new album, "For The Life Of One", was recorded by notable producer Ben Schigel (CHIMAIRA, DROWNING POOL, BREAKING BENJAMIN). Fans of KILLSWITCH ENGAGE, AS I LAY DYING, FIVE FINGER DEATH PUNCH and ALL THAT REMAINS will immediately identify with LACONIC's melodic metal approach.

Commented LACONIC frontman Danny Brian: "We are beyond excited for what the future brings with our partnership with Swimming With Sharks Records. The label owner, Noah Robertson, is an extremely hard-working and passionate individual, and that is hard to find in the industry these days. Our fans and us know that this has been a long time coming. We've been waiting for the right move and to work with the right people before we just settled. We couldn't be happier to be part of the Swimming With Sharks family, and we look forward to seeing everyone out on the road and beyond!"

Added Swimming With Sharks Records founder Noah "Shark" Robertson: "LACONIC is truly an amazing band and their music deserves to be heard by the masses. From the moment I discovered this band, I haven't been able to stop listening. We couldn't be happier to add such a talented band to our artist roster. Soon, the world will know the name LACONIC!"

LACONIC stormed onto the underground metal scene with its release "Visions" in 2009, receiving rave reviews from fans and critics alike. Since then, the band has built a name for themselves through word-of-mouth on-line and persistent gigging and touring.

LACONIC will release a video for the song "Bridge Burner" very soon and has a number of live performances lined up, including a direct support slot for THE DEVIL WEARS PRADA on June 27 at Top Deck in Farmington, New Mexico.