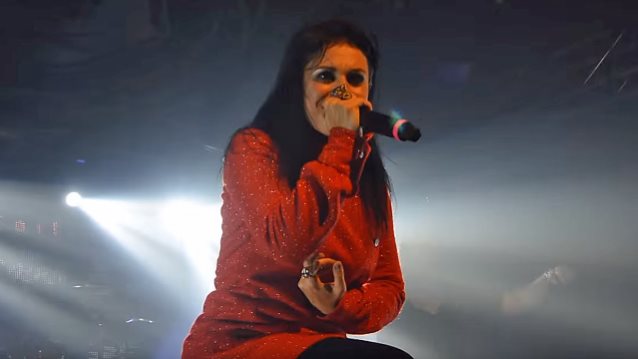 Italian heavy rockers LACUNA COIL will tentatively release their new album, "Delirium", in May via Century Media. The CD was recorded in part at BRX Studio in Milan. The effort is being produced by LACUNA COIL bassist and main songwriter Marco "Maki" Coti-Zelati, with engineering by Marco Barusso and additional assistance from Dario Valentini.

Speaking to Revolver magazine, LACUNA COIL vocalist Cristina Scabbia stated about the lyrical themes covered on "Delirium": "There's a lot to say about it, and there's a lot of things that we still need to decide, and a lot of things that can change during the process. But overall, it's an album that will be centered on insanity — that was the main inspiration for this album. From simple types of insanity, like being in the same bed with your partner and not talking to each other but having your phone in your hand, or something more serious and specific, like Stockholm Syndrome, where a person loves another person in a crazy way, even if it's the wrong one. We even imagined that the entire record takes place in sort of a hospital or asylum, where different patients are telling us their stories."

Asked if "Delirium" will be a similar kind of record to 2014's "Broken Crown Halo", which had a "cinematic vibe" to it, Scabbia said: "Even more! And we're already discussing stage clothes and stage setup for the tour. I've always liked the theatrical side of the show. I've never agreed with the bands that don't even consider their look onstage, just because only music counts. Of course music counts — but if you go to a show, you want to see a band acting like they're doing a show. So I think costumes are important. It's like going to the theater and seeing the actors without their proper clothes — it's not the same! And honestly, it's more fun for the band — putting on the costumes before you go onstage, it's sort of a ritual, and it puts you into the show even more. It's still you, but it's a different side of yourself."

Scabbia is featured on the cover of Revolver magazine's "Hottest Chicks In Hard Rock" issue, which is on stands everywhere now. This marks a record third time she has graced the cover of rock's loudest magazine.

Said Cristina: "The photoshoot for the new Revolver cover was one of the coolest I've ever done, not only because it was inspired by 'Suspiria' (an Italian horror movie directed by the horror master Dario Argento),but also because the whole working team were been simply incredible. From Jimmy Hubbard (the photographer),who built up a panel that resembles the colored glass windows you see in the movie itself (and made me feel so comfortable during the whole working day) to the beautiful make-up artist and the stylists."

Daniel made his live debut as LACUNA COIL's guitarist during this past weekend's 70000 Tons Of Metal cruise.

Said Scabbia: "[Daniel] came on the cruise to play with us, but he is not the new member of LACUNA COIL (still part of the family, though!)." 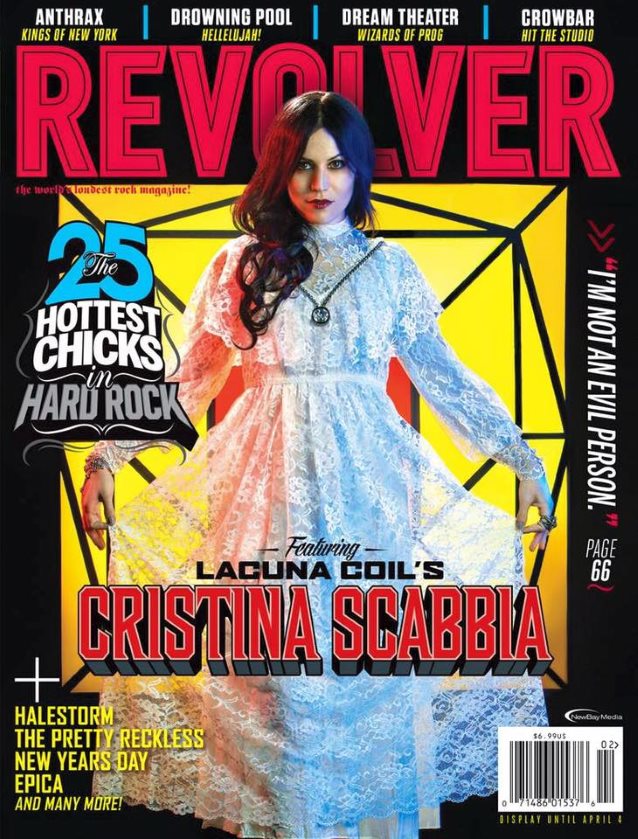