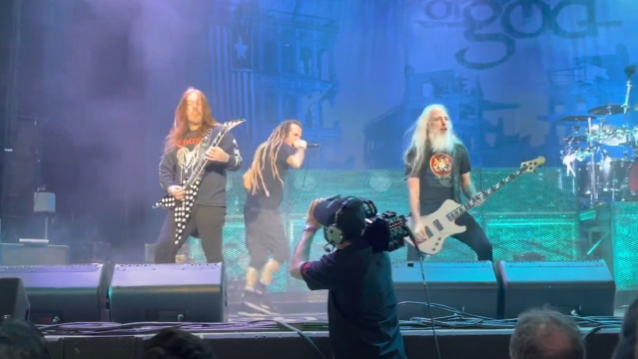 Former MACHINE HEAD and current VIO-LENCE guitarist Phil Demmel will be filling in for Willie Adler on nearly a dozen European LAMB OF GOD shows later this month. Demmel previously stepped in for Adler during LOG's January appearance on the ShipRocked cruise and in May for the Canadian portion of LAMB OF GOD's "The Metal Tour Of The Year" with MEGADETH.

Earlier today (Tuesday, August 2), Demmel shared an Instagram photo of him in front of the LAMB OF GOD backdrop, and he included the following message: "Next 3 weeks are with these fine folks from Richmond MFing Virginia. Mixing in some VIOLENCE as well!! See you soon!!!"