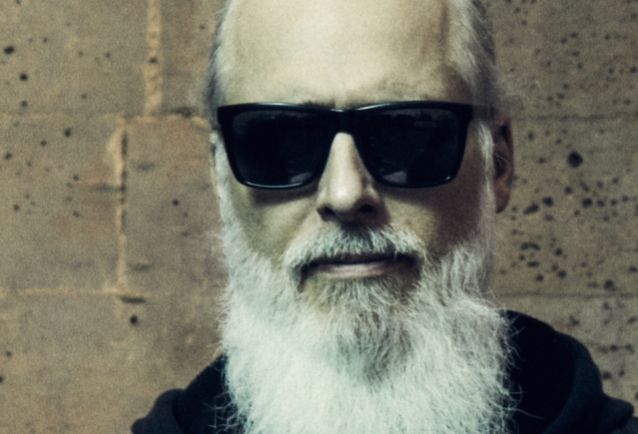 LAMB OF GOD's JOHN CAMPBELL On 'Omens': 'I Think It's Our Best Record Ever'

LAMB OF GOD bassist John Campbell spoke to Australia's Heavy about the band's upcoming album, "Omens", which will arrive this Friday (October 7). He said (as transcribed by BLABBERMOUTH.NET): "I'm excited to finally get it out there. We recorded it back in February. We were working on it well before that. I think it's our best record ever, as I do with every one, 'cause we constantly try to outdo ourselves and I feel like somehow we do it every time. And this record is no different."

Asked about the writing and recording process for "Omens", John said: "This time we recorded a bit differently. Normally we would learn our parts, go to the studio, go to separate parts of the studio and track our parts, and then they would be put together by the producer. But this time we went in and tracked live, to get some live feel, and that was the tracks we started with. Which we would then pull out the parts that were amazing; it was really for drum takes more than anything. But going for those live takes, we got the feel that I think would translate very well live. So that was a different method of recording. The songs, I think we have gotten really good at using our craft and writing. There are great songs on this that are very dynamic. There's thrash and there's hardcore and then a little experimental [stuff] and some brutal heavy metal."

In August, Campbell was asked by Knotfest what led to the decision to record "Omens" live in the studio. John responded: "Well, we've been doing this so fucking long, we had to do something different. I believe that was Josh Wilbur's idea to do that. I know he had a great place worked out to do that in. And we had just kind of been doing it the same way over and over and over again, and we were looking to get a little more excitement into it and maybe see if that couldn't produce a different feel on the record."