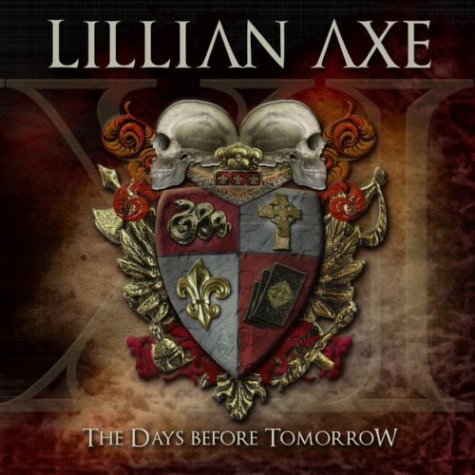 LILLIAN AXE: 'XI: The Days Before Tomorrow' To Receive U.S. Release In February

Louisiana rockers LILLIAN AXE will release their new album, "XI: The Days Before Tomorrow", in North America on February 14 via CME Records. The CD will be made available in Europe on January 27 through Germany's AFM Records.

"XI: The Days Before Tomorrow" was recorded at Sound Landing Studio in Covington, Louisiana, with the band's guitarist/songwriter Steve Blaze acting as producer and Rob Hovey engineering. The mixing duties were handled by Sylvia Massey (TOOL, JOHNNY CASH, DEFTONES, SYSTEM OF A DOWN, PRINCE, BLACK CROWES).

"This is the best record I have ever written for LILLIAN AXE," says Blaze.

LILLIAN AXE has recorded an impressive amount of songs, earned the loyalty of a devout fan base worldwide and amassed an extensive amount of effusive critical acclaim from their peers. Brian Jones brings an amazing new voice and incredible vocal range to LILLIAN AXE. His vocal style complements Steve Blaze's songwriting and in turn has inspired Steve to write some of his most passionate, deep and soulful new songs to date.

The songs on "XI: The Days Before Tomorrow" reflect Steve Blaze's passionate beliefs in the power of music. Steve's compositions are as emotional as they are infectious. They are in your face songs of truth, war, neglect, Mother Nature, the innocent victim, the state of the world, current issues and spirituality. Personally charged rock 'n' roll is what makes Steve's songwriting so melodic and drenched with deep lyrical insight.

With the creative momentum in the studio, LILLIAN AXE took seven months to write and record the new album. Blaze recounts, "I had so many ideas and we experimented with a lot of sounds, we took our time to make the album we wanted to for ourselves and the fans. We took no shortcuts recording this album."

Although LILLIAN AXE has been through some tough times and taken the long road; they still create new music that is both relevant and exciting and continue to tour while others have forsaken the live performances. LILLIAN AXE respects its past but looks forward to the future by reinventing themselves with the current times. Steve Blaze reflects, "I continue to learn about writing songs, recording, performing and growing as a complete human being. My life experiences are those that make its way into the songs I write for LILLIAN AXE."