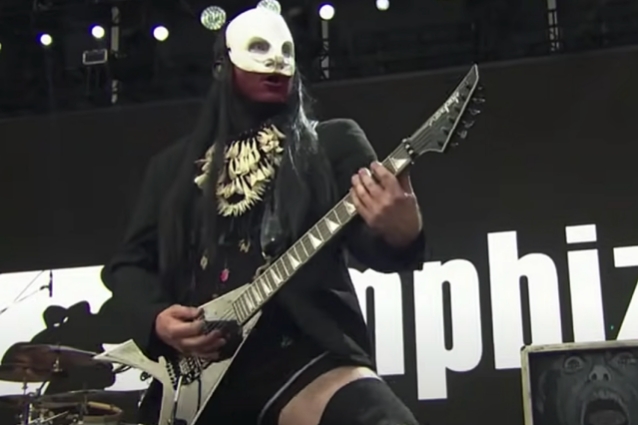 LIMP BIZKIT has canceled the remaining dates of its August 2021 tour amid health and safety concerns. The trek was called off a day after the band scrapped its concert Friday (August 6) at the Stone Pony Summer Stage in Asbury Park, New Jersey about an hour before the show was scheduled to begin. No reason for the Stone Pony cancelation was given, but one fan who spoke to frontman Fred Durst outside the venue stated that guitarist Wes Borland — who is said to be fully vaccinated — apparently felt "really sick" after the band had already completed its soundcheck. Borland has since taken to his Instagram to shoot down rumors that he has COVID-19.

Earlier today, LIMP BIZKIT released the following statement: "Out of an abundance of caution and concern for the safety of the band, crew and most of all the fans, the LIMP BIZKIT show this Monday and the remaining August tour is being cancelled. Refunds are available at their points of purchase. All tickets purchased online will be automatically refunded."

Durst made headlines last month when he debuted his new look at the band's July 29 concert at Metro in Chicago, with the frontman now sporting wavy salt-and-pepper locks accompanied by a horseshoe-style mustache. LIMP BIZKIT also debuted a new song at the event, titled "Dad Vibes".

"I think [Durst's] finally at the point now where he's gonna pick a set of these songs that he's finally cool with and finish 'em, and we're gonna finish the record," Borland said in June. "So, fingers crossed."

Statement from Limp Bizkit.
Out of an abundance of caution and concern for the safety of the band, crew and most of all...