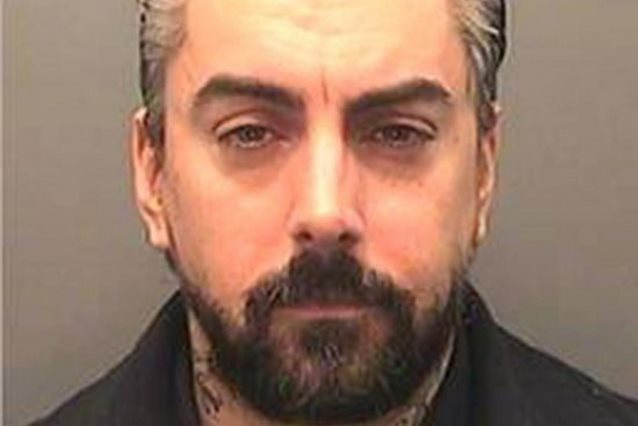 According to BBC News, pedophile Ian Watkins, lead singer of the Welsh rock band LOSTPROPHETS, could have been caught and brought to justice nearly four years earlier if police had properly investigated reports from a series of informants, Britain's police watchdog said Friday.

Six people came forward to make allegations against Watkins before he was finally arrested and jailed for thirty-five years, the report from the Independent Police Complaints Commission (IPCC) found. He must serve at least twenty-nine years in prison.

In one instance, the police did not examine the mobile phone of Watkins's ex-girlfriend Joanne Mjadzelics, who first reported the singer to the authorities in December 2008 and was video interviewed in March 2009 when she told officers she had a message on her mobile phone from Watkins about his desire to sexually abuse children.

The report says the phone was not examined "on the basis that her report was malicious."

It goes on: "It would have been found to hold a message Ian Watkins sent to Ms Mjadzelics on August 12 2007, which read: 'WISHLIST RAPE A 12 YR OLD F*** TWO UNDERAGE TWINS.'

In 2013, Watkins was convicted of thirteen child sex offenses. These crimes only came to light following a drugs investigation.

IPCC commissioner for Wales Jan Williams said the case was the most "disturbing and distressing" she had dealt with.

"In my view, all the reports made were subject to a biased response, whether this was conscious or unconscious," Williams added.

"Some were conflated with reports made by Ms Mjadzelics and were thus dismissed as lacking credibility.

"All those involved in responding accepted the initial skeptical view of Ms Mjadzelics's reports, demonstrating a lack of open-mindedness and professional curiosity.

"This continued until 'the right type of complainant came along.'"

Mjadzelics told The Yorkshire Post: "From day one, they treated me like some obsessed fan, like I was crazy. They thought, 'Let's not listen to her, let's not believe her — let's trust the nice pop star instead.'

"It's been years of screaming until I was blue in the face, of knocking on police doors, of begging for someone to believe me, of banging my head against a brick wall.

"When he was finally charged, it hit me like a cannonball. Even though I knew it was all true, because I'd been pushed away so many times, and had been made to feel like I was crazy, I'd begun to doubt myself.

After the Independent Police Complaints Commission released its findings, South Wales police assistant chief constable Jeremy Vaughan said: "Today's report highlights a number of failings in which information about Watkins was investigated between 2008 and 2012 which the force entirely accepts and regrets.

"South Wales Police failed to listen and properly investigate information about Watkins's offending behaviour, for this we are truly sorry."

Watkins's disgusted LOSTPROPHETS bandmates called it quits in 2013, just before the frontman pleaded guilty to his crimes. They subsequently formed a new group, named NO DEVOTION.