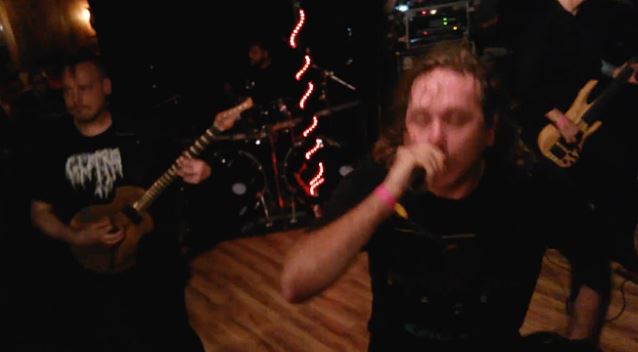 A 30-year-old fan allegedly slashed another person on the side of the neck with a knife after becoming upset over the fact that he was getting pushed around by fellow audience members in a mosh pit. Other concertoers — a group consisting of several males and females — then ganged up on the male suspect and knocked him unconscious.

Both the alleged slasher and his victim were subsequently hospitalized with non-life-threatening injuries, and the alleged attacker is expected to be charged with assault with a deadly weapon.

About 150 people attended the event, including SUICIDE SILENCE drummer Alex Lopez, who tweeted afterwards: "I arrived and so did 7 police cars an ambulance and a fire truck. Someone got stabbed in the neck... Took that decapitation too far... "

Fan-filmed video footage of last night's concert can be seen below.

I arrived and so did 7 police cars an ambulance and a fire truck. Someone got stabbed in the neck... Took that decapitation too far... 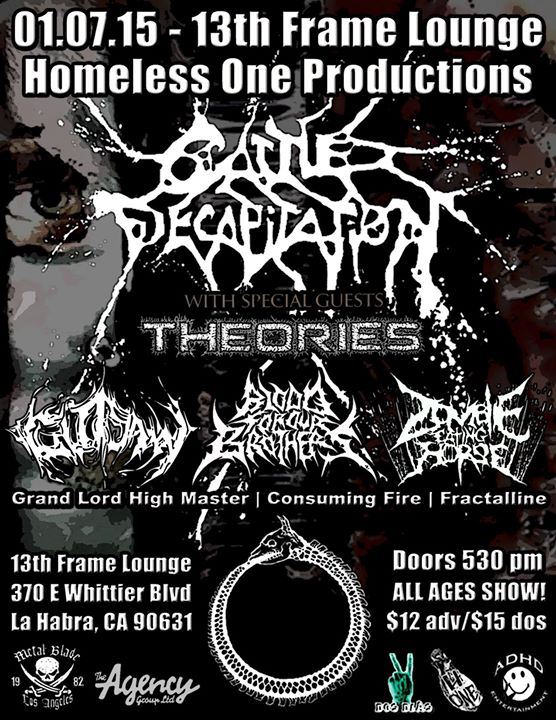