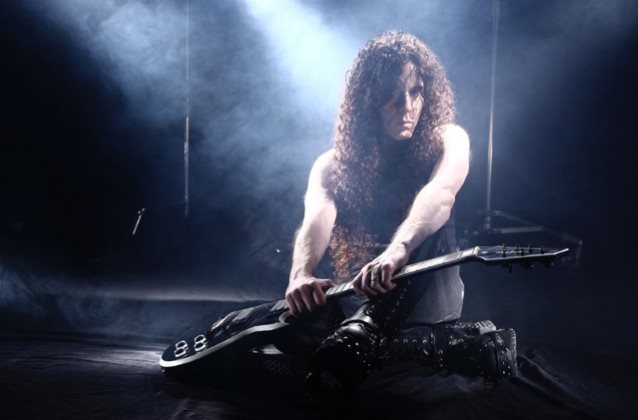 In a recent interview with the Cleveland Scene, former MEGADETH guitarist Marty Friedman spoke about his decision to move to Japan in 2003 at the age of forty. "I had played there and visited there for promotional purposes maybe fifteen or twenty times," he said. "I just moved there because I was so inspired by the Japanese music. I thought I could contribute to the music scene there and move forward with my own music by living in Japan. It was for that reason that I moved there. I had been speaking the language for several years as a semi-serious hobby. I was equipped to do what I wanted to do. It wasn't too big of a culture shock. I get bigger culture shocks every time I come back to tour. America changes a lot more than Japan does."

Asked what kind of changes he has noticed in the States, Friedman said: "A lot of the way people think changes rapidly. When I grew up here, nobody was PC [politically correct] or conscious about offending people with the way they talk. People are just normal. They didn't care about politics. They weren't so polarized on issues, especially people I come across, the rock musicians and fans. Those people were the last people to care. Now, those people want to talk about politics, and I have no idea what they're talking about. Even the PC thing has gotten out of control over here [in the U.S.]. I did an e-mail interview and my publicist said I had to take something out because people would be offended. There was nothing racist or anything like that. They were nitpicking all these little things. I had to go with it, because I don't know the climate here. I was surprised by the things people might be offended. If you like the music that somebody makes, you shouldn't wrap yourself up with what kind of person that is. It really doesn't matter, and it robs you of the enjoyment. If Charles Manson made an album and I liked it, I wouldn't care about the person who made it. People listen to the music and love it and have great times, and then find out the singer is a Republican or something and don't like the music. Who's the loser here? It's the person listening to the music."

Friedman's new solo album, "Wall Of Sound", was released on August 4 via Prosthetic Records. It was produced by Friedman, engineered by Paul Fig (GHOST, RUSH, ALICE IN CHAINS) and mixed by Jens Bogren (KREATOR, OPETH, SEPULTURA).