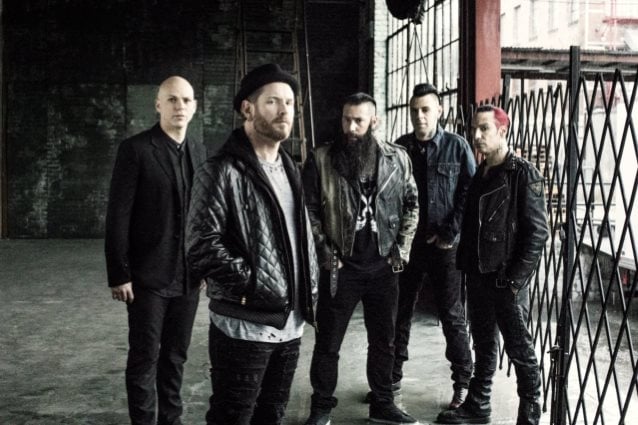 STONE SOUR's COREY TAYLOR: 'The Healthier I Am, The Stronger My Voice Feels'

STONE SOUR's Corey Taylor (vocals) and Josh Rand (guitar) recently took part in a question-and-answer session at the studios of the Bandit Rock radio station in Sweden. You can now watch the chat below.

Asked how he keeps his voice in shape, Taylor said: "I drink a shit-ton of coffee — a lot; almost too much. A year ago, I just quit smoking, which I'd smoked since I was ten years old, so I was a fucking professional at that point. As the years have gone on, I've noticed that the healthier I am, the stronger my voice feels. So I've really just kind of started to dedicate myself to the notion that I'd like to be able to do this into my later years, and I'd like to be able to do it at a level that feels good for me. I don't have to be at peak performance, but to be able to sing it in a way where I don't have to drop it down four or five steps.

"When I'm on the road, I try to eat right-ish — as well as you can on the road," he continued. "I do drink a lot of coffee, but I also balance it with water and all that crap. You just kind of have to know you body and know where your body's at. For me, I know when I'm getting sick, there's a certain regiment that I have to kind of do to make sure that I get through the shows. And if you're in tune with your body, you can take care of your voice stronger. You don't baby it, because by babying it, it'll make it weak, but if you don't dog it all the time, you can be able to kind of keep it at that peak level."