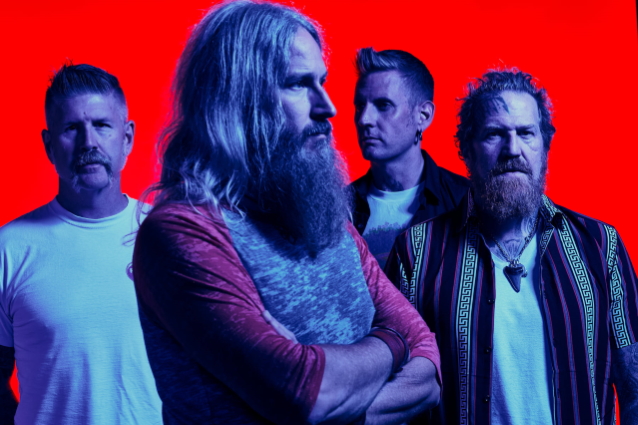 Atlanta progressive metallers MASTODON have revealed that the cover artwork for their new album, "Hushed And Grim", was partly inspired by their late manager, Nick John. John, who also managed GOJIRA, passed away in September 2018 from pancreatic cancer.

MASTODON drummer Brann Dailor stated about the "Hushed And Grim" cover: "Essentially, to be brief, [the tree] is an afterlife mythology that when you pass away, your spirit goes into the heart of a tree and then experiences all the pillars of your in successions of the seasons that the tree experiences. That is the way you're able to say goodbye to the natural world and move on to the next dimension. You can see a green man in the center of the tree — the heart of the tree — and that is our good friend and manager Nick John, who passed away, unfortunately, a couple of years ago. [Nick] has a lot to do with the inspiration of the album, 'Hushed And Grim'."

"Hushed And Grim" will be released on October 29 via Reprise. The official Lorenzo Diego Carrera-directed music video for the disc's first single, "Pushing The Tides", can be seen below.

The follow-up to 2017's "Emperor Of Sand", "Hushed And Grim" was recorded at West End Sound, which is located inside of Ember City, the rehearsal facility that members of MASTODON manage in Atlanta. Helming the effort was Grammy-winning producer/mixer/engineer David Bottrill, who has previously worked with MUSE, DREAM THEATER and TOOL, among many others.

Dailor told Full Metal Jackie's syndicated radio show that he and his bandmates wrote more than two albums' worth of material in the months leading up to the recording sessions for the new LP. 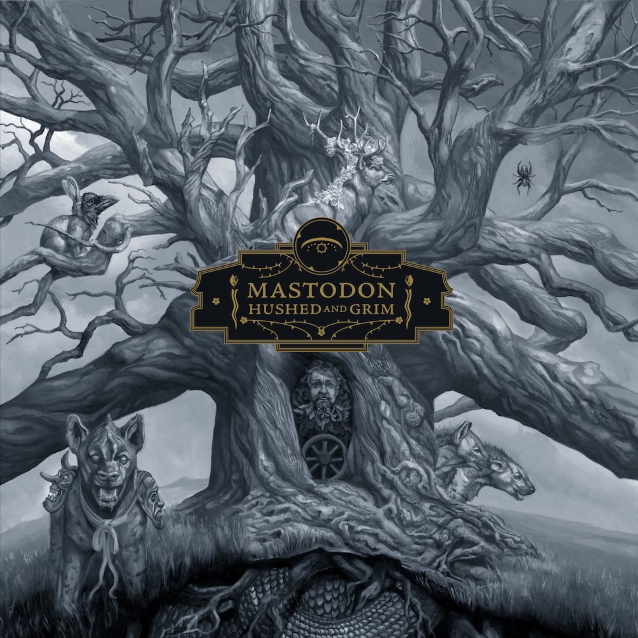