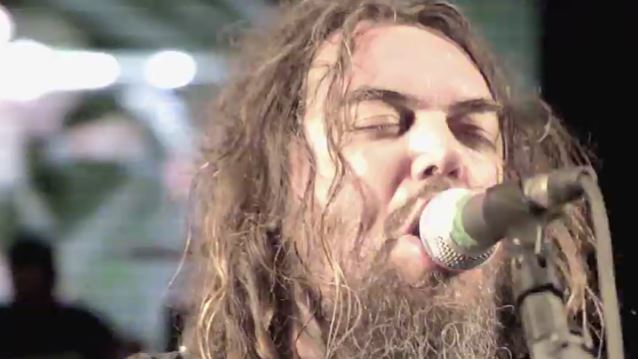 MAX CAVALERA: 'I Love Metal Today More Than I Ever Did In My Entire Life'

Metalpaths.com recently conducted an interview with Max Cavalera (SOULFLY, SEPULTURA, CAVALERA CONSPIRACY, KILLER BE KILLED). You can now listen to the chat using the audio player below.

Speaking about what keeps him focused on making new music after more than 30 years of playing in metal bands, Max said: "The most important thing is to still love what you do. For me, playing music, playing metal is not work — it's life, it's a lifestyle. Being a metalhead, for me, is something that I decided to be when I was a teenager, and it never went away. And I love wearing my black t-shirts with my favorite bands, I love discovering new bands and getting in touch with them, getting them to send me t-shirts. And I love making music, listening to music and playing music. For me, it's the perfect life. So I don't get tired of it."

He continued: "It's been thirty years [since I started playing music]. I'm actually more of a metalhead now than ever before; I love metal today more than I ever did in my entire life. And I'm 45. This is like a new beginning for me; kind of like I found metal again harder than ever. And now I listen to metal even more than before. So it's great. I really love what the music feeling gives me. It reflects salvation."

Max added: "Metal saved my life. I came out of Brazil, which is not a famous word for heavy metal. We put Brazil on the map with SEPULTURA. And I'm very proud of that. It's really a fantastic life, and I'm very excited for the future, 'cause we've got a lot of things that we still wanna do with this music."

Asked if he ever thought in the early days that SEPULTURA would become as legendary as it has, Max responded: "We never thought we were gonna get big with this music, but we thought it was special, we felt we were doing something special, and it was from the heart. [We did] not [take] the easy path, [because we weren't aiming for] the No. 1 radio song and [to] be on the cover of all the magazines. But at the same time, we feel very special, because we were part of something real."

He continued: "I feel very proud to be part of the metal scene. I am now considered, for many people… a lot of influence came from me, and my work in SEPULTURA has influenced many bands and many people around the world, and I think that's amazing. I never imagined that.

"When we were doing SEPULTURA, we just wanted to write and play — we didn't think about becoming legends or anything like that. We were just [living] in the moment, just trying to write cool shit and write cool records and keep going. And I've been through a lot of ups and downs of music, and I survived the grunge, which was the NIRVANA era; we did [SEPULTURA's] 'Chaos A.D.' [album] at that time. And we survived the 'nu metal' era; I was doing SOULFLY at the time. We're survivors, we survive this stuff, and it feels great."

Max added: "I am extremely proud to be part of something that is real, that is powerful. Nobody can take that away from us. It's ours. This metal music is ours. And it's what we have. It's like our weapon, and we use it on a daily basis. And it's great. And I wouldn't trade that for anything.

"For me, it's much more important to have this than to be on the cover of Rolling Stone and have the No. 1 hit radio song. That stuff doesn't mean shit to me. I don't care about that stuff."