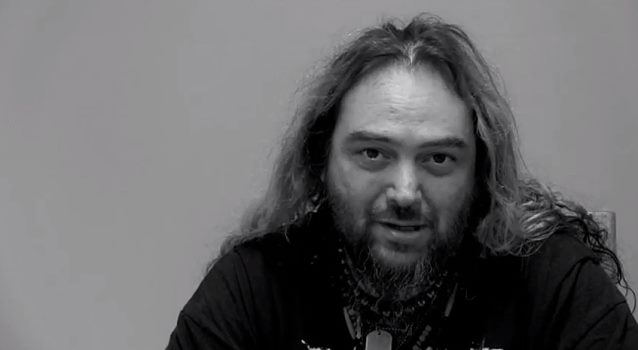 A new video interview with Max Cavalera (SOULFLY, CAVALERA CONSPIRACY, SEPULTURA) in which he talks about being kicked out of religious school, the death of his father and rocking out with his grandchildren can be seen below.

SOULFLY's ninth album, "Savages", is scheduled for release on October 4 via the band's new label home, Nuclear Blast Entertainment. The CD was produced by Terry Date, who is known for his work with such acts as PANTERA, DEFTONES and SOUNDGARDEN, among many others. Guest vocal appearances on "Savages" include SOULFLY bass player Tony Campos, CLUTCH's Neil Fallon, NAPALM DEATH's Mitch Harris, Jamie Hanks of I DECLARE WAR and Max Cavalera's son Igor Cavalera (of LODY KONG).