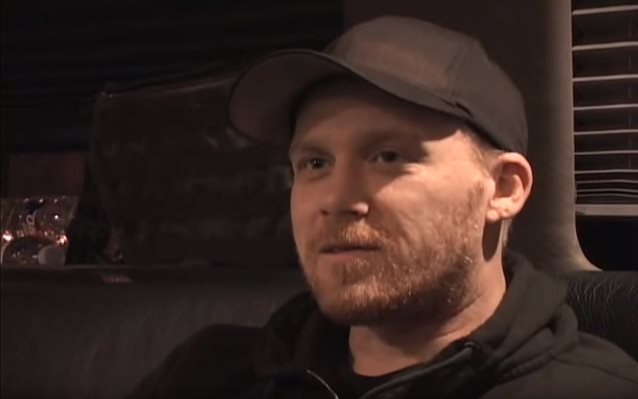 MAYHEM To Go 'Very Old School' On Next Album

Metal-Rules.com conducted an interview with guitarist Morten "Teloch" Iversen of Norwegian black metallers MAYHEM when the band played in Austin, Texas in early November. You can now watch the chat below.

Speaking about MAYHEM's plans for the follow-up to its 2014 album, "Esoteric Warfare", Teloch said: "We started the process by talking about the sound, how we want it to sound, but we haven't written anything at all. We're going very old school again — acoustic drums, no triggers. Very old school again."

MAYHEM's fifth full-length album, "Esoteric Warfare", came out in on May 2014 via Season Of Mist. The follow-up to 2007's "Ordo Ad Chao" was mixed at Mølla Studio in Gjerstad, Norway.

MAYHEM has gone through many lineup changes due to various circumstances. Therefore, even the loss of guitarist Blasphemer, who decided to focus on his other band AVA INFERI in 2008, did not stop the band. Activities mainly revolved around live shows, until the right balance was found again with the recruitment of Morten "Teloch" Iversen. The guitarist had already made a name for himself with NIDINGR, which is highly regarded among black metal enthusiasts yet remained mostly an underground phenomenon.