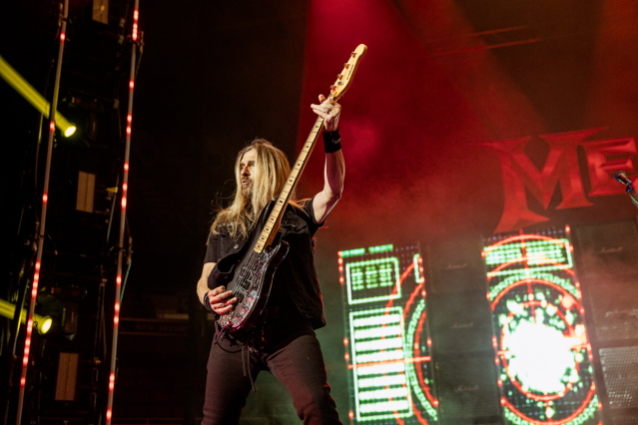 MEGADETH has announced bass player James LoMenzo as a permanent member of the band. LoMenzo was MEGADETH's bass player in the mid-2000s and recently stepped back in as a touring member for "The Metal Tour Of The Year". Lomenzo now officially rejoins the MEGADETH family.

MEGADETH leader Dave Mustaine comments: "I am thrilled to welcome back James to the MEGADETH family. James rejoined the fold as the touring bassist and it's been a blast having him back. We thought let's make it permanent."

James adds: "I'm so excited to rejoin MEGADETH and move forward full steam into the next phase of this iconic band's history! With Dave, Kiko [Loureiro, guitar] and Dirk [Verbeuren, drums], There's no stopping us! It just feels great to be home again."

Megadeth announce bass player James LoMenzo as a permanent member of the band. LoMenzo was Megadeth’s bass player in the...