Long-running thrash metal legends MEGADETH have partnered with Pull The Plug Patches to bring you a series of exclusive woven patches, backpatches, and enamel pins arriving in late spring.

Starting with their debut album "Killing Is My Business..." in May, new patch designs will become available throughout the year. "Hanger 18" pins and "Rust In Peace" backpatches are also scheduled for a May release. 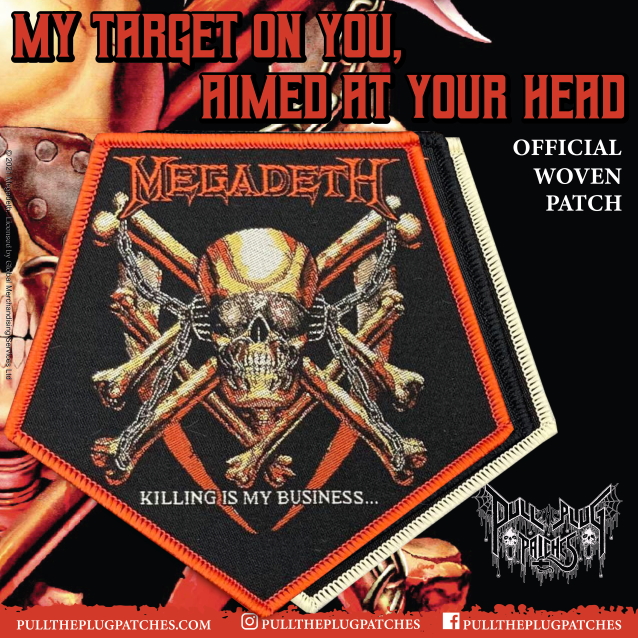 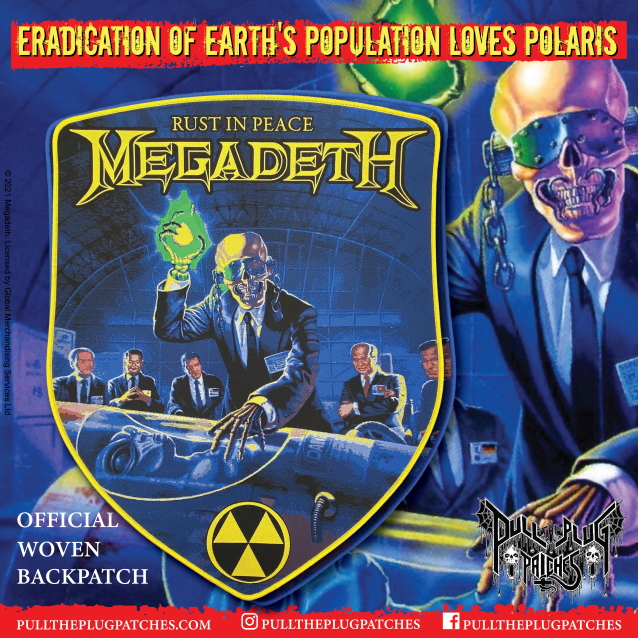 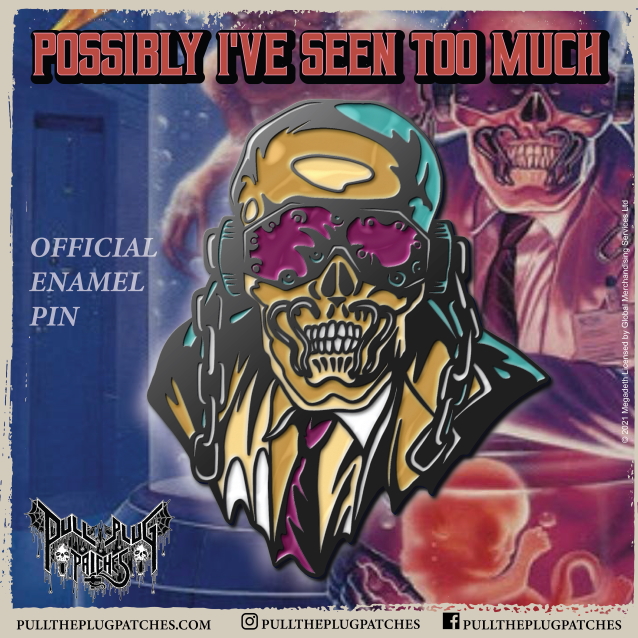