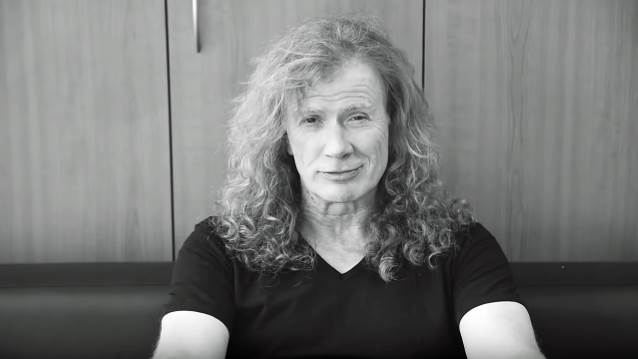 MEGADETH has released a Vic Rattlehead Facebook messenger bot which allows fans stay up to date on news and events and get merchandise discounts and exclusive content.

To kick it off, MEGADETH is giving away a "Peace Sells" guitar signed by Mustaine.

Connect to win at this location.

Said Mustaine in a video message: "Connect with Vic Rattlehead at Facebook Messenger, where you can enter to win a 'Peace Sells' VMNT guitar, also take quizzes, get merch codes or just pop by and say hello. But remember — Vic doesn't have any manners."

MEGADETH is currently writing material for the follow-up to 2016's "Dystopia" album, tentatively due next year. The upcoming effort will mark the group's first release to feature drummer Dirk Verbeuren, who officially joined the band two years ago.