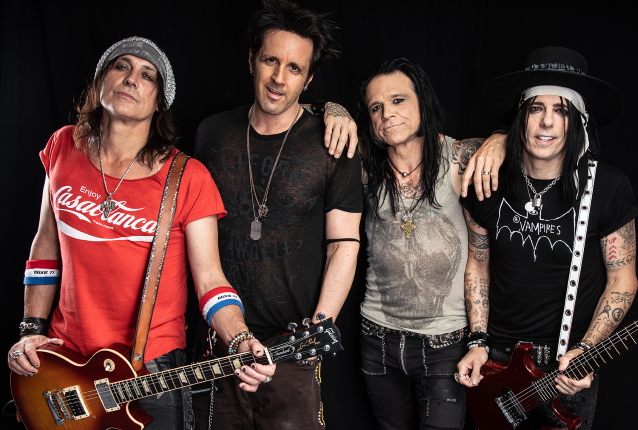 Webb grew up in upstate New York and moved to New York City in 1975. He spent more than a decade and a half working at Trash And Vaudeville, which he dubbed "rock and roll heaven," before opening his own boutique, I Need More, named after a song by Iggy Pop, three years ago.

GOON SQUAD, as Roxie, Garric, Henriksen and Sobel call themselves, filmed their parts from their homes around the world and edited the tracks together for their tribute.

"I Wanna Be Your Dog", a song from Iggy Pop, was a fitting memorial to Webb, because of his close relationship with Iggy. In lieu of a big hug, this was the GOON SQUAD's way of saying farewell to their longtime friend.

"Without a doubt, I have a dream come true life," Webb once said. "I live every moment and I taste everything in it. I taste it, I smell it, I feel it ... Dreams do come true."