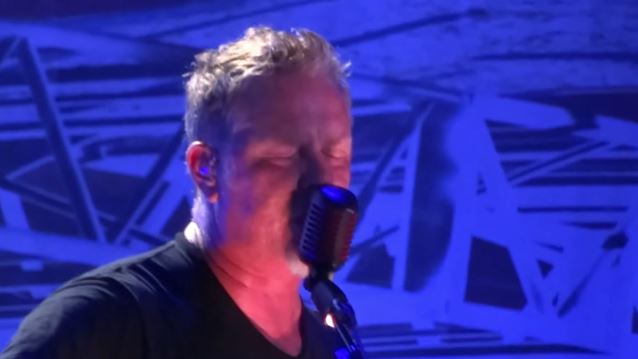 METALLICA headlined this year's edition of Lollapalooza, which kicked off its 11th year as a destination festival on Friday (July 31) at its longtime home, Chicago's Grant Park.

The band closed the show on Saturday (August 1).

"The METALLICA family is here," frontman James Hetfield told the crowd, according to Billboard.com. "How many are virgins here?" A sizable crowd roared in response. He chuckled. "If you don't know what to do, just look at the people who have been here before… they'll show you to have some fun here!"

As many as 300,000 people were expected to attend the three-day music event, which runs through Sunday.

METALLICA last appeared on the Lollapalooza bill back in 1996, when it was still a traveling festival. That year's lineup also featured SOUNDGARDEN and the RAMONES.

Lollapalooza was launched in 1991 as a farewell tour for JANE'S ADDICTION.

JANE'S ADDICTION singer Perry Farrell and the promoters turned it into a yearly traveling festival and showcase for a wide range of alternative music acts.

The tour's popularity declined later that decade, with the 1997 edition the last for several years.

Lollapalooza resurfaced one more time as a traveling festival in 2003 before morphing into a destination event and making Chicago its permanent home two years later. 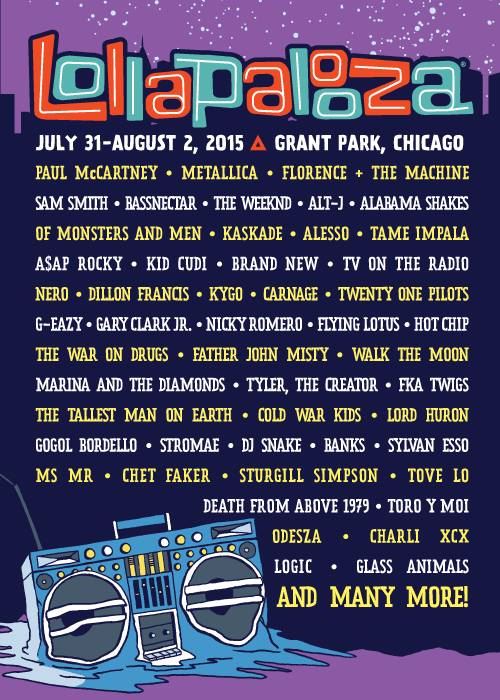