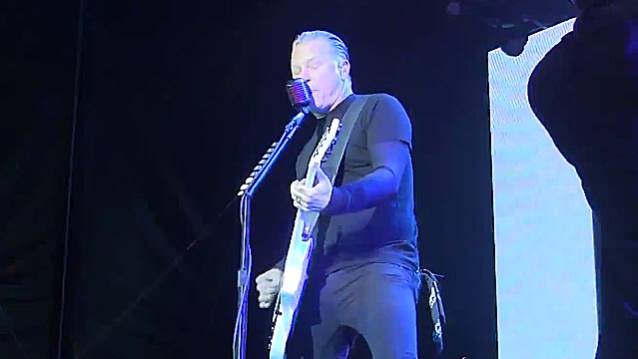 Official Metallica.com footage of METALLICA's June 3 performance in in Horsens, Denmark can be seen below. The 31-minute clip includes footage of the pre-show meet-and-greet, the band warming up in the tuning room and both "Battery" and "St. Anger" from the show.

The setlist for the concert was as follows:

As previously reported, METALLICA drummer Lars Ulrich told "Metal Zone" host Nikki Blakk of the San Francisco, California radio station 107.7 The Bone about the progress of the songwriting sessions for the band's follow-up to 2008's "Death Magnetic": "I can tell you, all kidding aside, I'm pretty convinced that 90 percent of the record is actually written, it's just gotta be kind of assembled between all those riffs. It's just a matter of connecting this to this and sort of shaping it into a song. And so, I'm pretty psyched about that."

The group debuted a song, "Lords Of Summer", earlier this year. 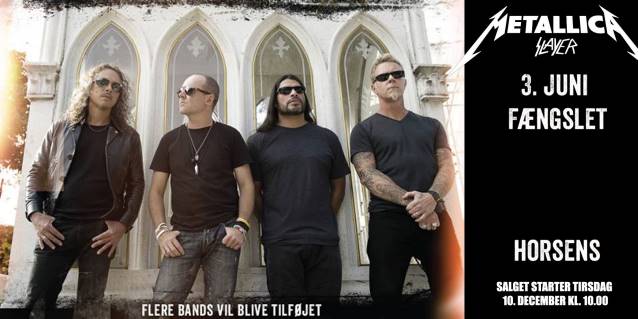