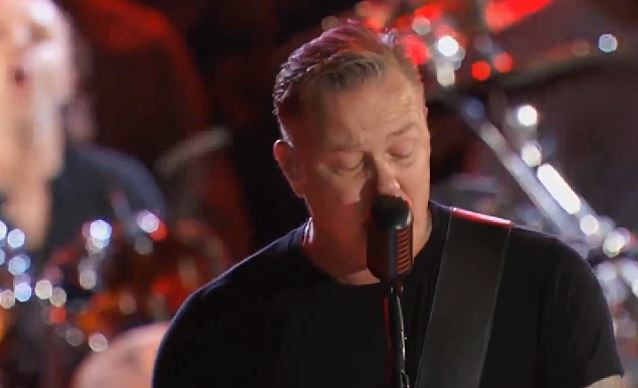 METALLICA was one of the headliners of last night's (Tuesday, November 11) The Concert For Valor in Washington, D.C. on the National Mall. The show was co-sponsored by HBO and Starbucks and executive produced by Tom Hanks, Gary Goetzman and Joel Gallen -- who also directed. HBO broadcasted the concert, giving their affiliates permission to open the signal to non-subscribers.

Video footage of METALLICA's three-song performance — consisting of "For Whom the Bell Tolls", "Master Of Puppets" and "Enter Sandman" — can be seen below.

HBO chairman/CEO Richard Plepler said in a statement: "We are honored to play a small role to help raise awareness and support for our service men and women. Their immeasurable sacrifice deserves our nation’s gratitude. This event will not only celebrate their service, but help remind Americans of the many challenges they face on and off the battlefield."

Last November, Starbucks committed to hiring at least 10,000 veterans and active military spouses over the next five years. In April, the Schultz Family Foundation, co-founded by Starbucks CEO Howard Schultz and his wife Sheri, committed $30 million to support veterans' transition to civilian life.

The show marked a rare television appearance by METALLICA, who have been at home working on new material since finishing a European tour earlier in the summer. 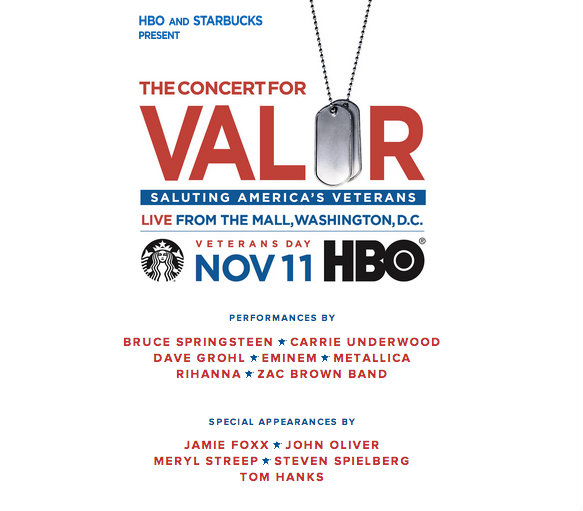