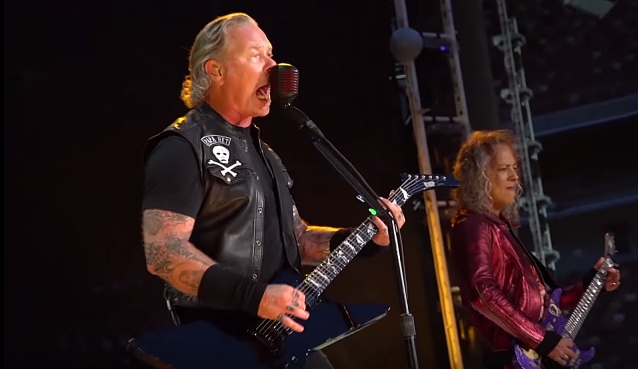 METALLICA: Pro-Shot Video Of 'Harvester Of Sorrow' Performance From Moscow

Professionally filmed video footage of METALLICA performing the song "Harvester Of Sorrow" on July 21 at Luzhniki Stadium in Moscow, Russia can be seen below.