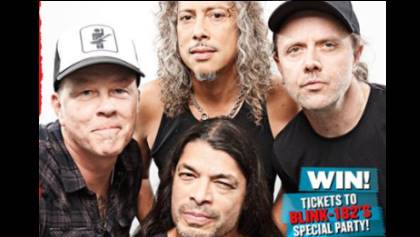 METALLICA's LARS ULRICH: 'I Don't Know How Long It Can Last' In Terms Of 'The Physical Side Of What We Do'

During a brand new interview with U.K.'s Kerrang! magazine, the members of METALLLICA were asked about how long they think they can keep performing before it's time for them to finally retire from the live stage.

"It's the physical aspect. Tendonitis, tinnitus, ligament atrophy, accidents, repetitive stress injury, tennis elbow… those things creep into the mix," METALLICA guitarist Kirk Hammett stated about the prospect of one day calling it quits. "It's like, 'Fucking hell, man, I want to play guitar, but my shoulder and elbow are screaming 'no!' Your head wants to do one thing and your body wants to do another thing. That's a big obstacle that we'll have to confront in our individual way."

Drummer Lars Ulrich concurred, telling the magazine: "The main thing that I truly don't feel that I can really help shape is the physical side of what we do. It's getting tougher and tougher. I don't know how long it can last in terms of the physicality of it — can we do this when we're 60 at this level? At 70?"

Added METALLICA frontman James Hetfield: "Sometimes my throat just says, 'Fuck you, James, not tonight!' Or Lars' shoulder, or Rob's [Trujillo, bass] leg cramps, or Kirk's knee, whatever it may be, we've all got our things and we work through it. We just pay attention to them!"

Asked if he can ever see a point where he would actually step away from METALLICA, Ulrich said: "I feel there's a time I could step away from it. I was very ready to step away from it right there in '01 and '02 when all that shit was going down with 'Some Kind Of Monster'. I have thousands of other things that I can entertain myself with that would be creatively stimulating. Obviously, METALLICA's my love, my priority and first thing, but I'm not afraid of what I'm going to do with my life if this all goes away. I really don't think I want to do music once METALLICA ends. Hopefully, it will last forever."

Hetfield was also asked if he can ever imagine a scenario where the band would play a final METALLICA show. "I don't thnk that's fair to anyone," he replied. "KISS' farewell tour for the 10th time? SCORPIONS were done and then they tour? You can't say that and then not do it. I don't know what's in store for us; I don't want to go on the history of how other bands have done it. We're unique in our own path and unique in how our path ends."

Ulrich told The Pulse Of Radio awhile ago that he was optimistic about METALLICA continuing to play for a long time to come. "It's still fun and there's still a lot of people that get off on it, and, you know, you're playing to 50,000 people in Norway and most of them weren't born, not when 'Kill 'Em All' came out, but, like, when the 'black album' came out!" he said "You know what I mean, it's like a whole new thing. The question mark is, I just don't know physically. The physical element is just the unknown. If we can find a way to deal with that, then I think we could stick around for a while." 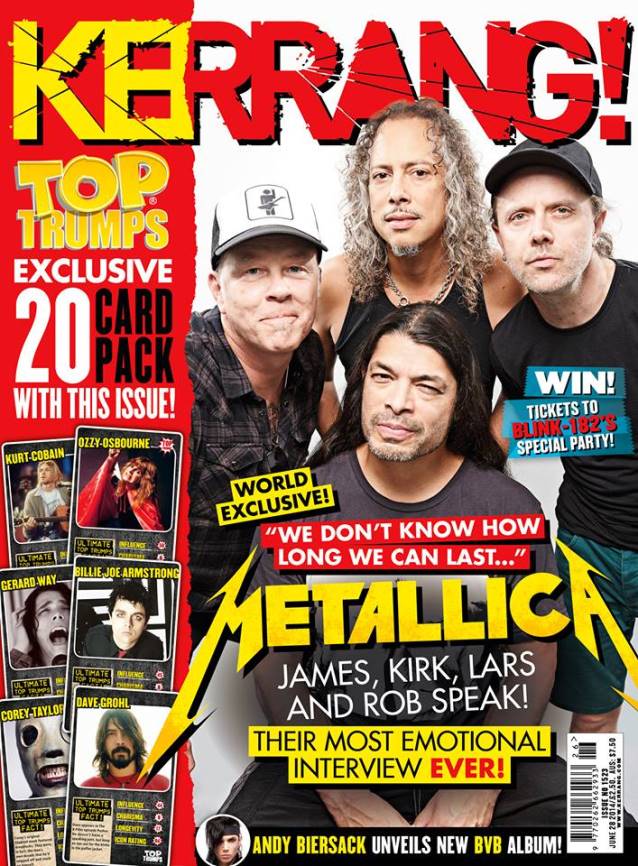