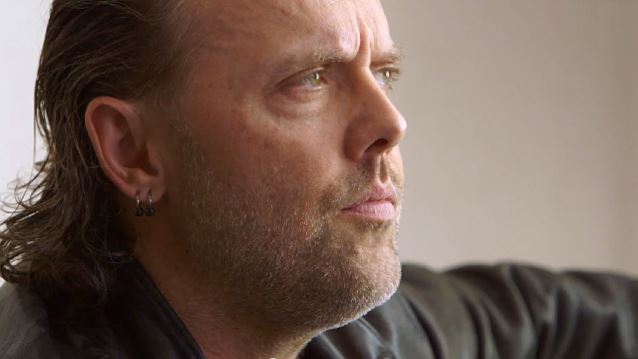 METALLICA drummer Lars Ulrich will finally get a chance on Friday night (April 8) to induct classic heavy rockers DEEP PURPLE into the Rock And Roll Hall Of Fame. PURPLE has been on the ballot three times and Ulrich has been championing their inclusion for years, and he told The Pulse Of Radio he's looking forward to the evening's festivities. "DEEP PURPLE, as I have been vocal about in the past, are long overdue," he said. "They've been eligible for 20, 22 years I believe. So I'm psyched. I'm happy to play a small role in that, and I am, as a humble fanboy I guess, just looking forward to even being in the… I may actually sit at the same table as these guys, so it's gonna be a fun night."

Friday night's event will take place at the Barclays Center in Brooklyn, New York, where PURPLE will go into the Hall alongside fellow 2016 inductees CHICAGO, CHEAP TRICK, STEVE MILLER and N.W.A. Highlights from the event will be broadcast on HBO later this spring.

The current lineup of DEEP PURPLE — which includes longtime members Ian Gillan, Ian Paice and Roger Glover — will perform, but will not be joined by guitar legend Ritchie Blackmore, who opted out of attending.

METALLICA has been working on its tenth studio album, which could emerge sometime later this year.