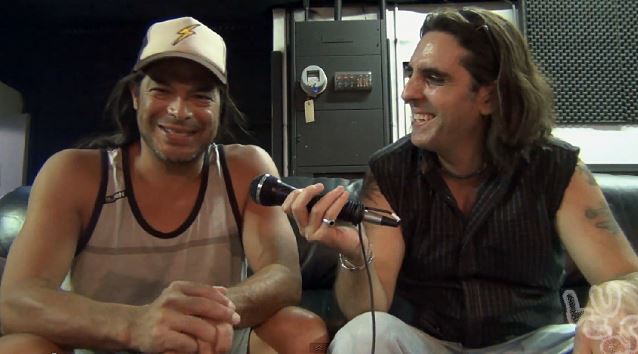 MASS MENTAL was reactivated for a couple of appearances in late August and early September. The first show took place on August 26 at the Whisky A Go-Go in West Hollywood, California and will be followed by a performance at Warwick in Markneukirchen, Germany. The second concert will be held on Saturday, September 6 on the Framus & Warwick grounds, during the Warwick Open Day 2014, the crowning conclusion of the Bass Camp. MASS MENTAL will hit Warwick's open-air stage at 5:45 p.m.

Fan-filmed video footage of MASS MENTAL's Whisky A Go-Go performance can be seen below (courtesy of Heavy Metal Hill). Photos are available at the Concertologist web site.

MASS MENTAL's lineup for the Whisky A Go-Go and Warwick Open Day 2014 shows is as follows:

In many ways, these are once-in-a-lifetime events: Robert Trujillo is normally with METALLICA 365 days a year. Since all these musicians are constantly on tour or in the studio, it was no small feat for all of them to appear under one roof for the Warwick Open Day. However, since Robert Trujillo places so much worth on MASS MENTAL, he was able to make it happen. 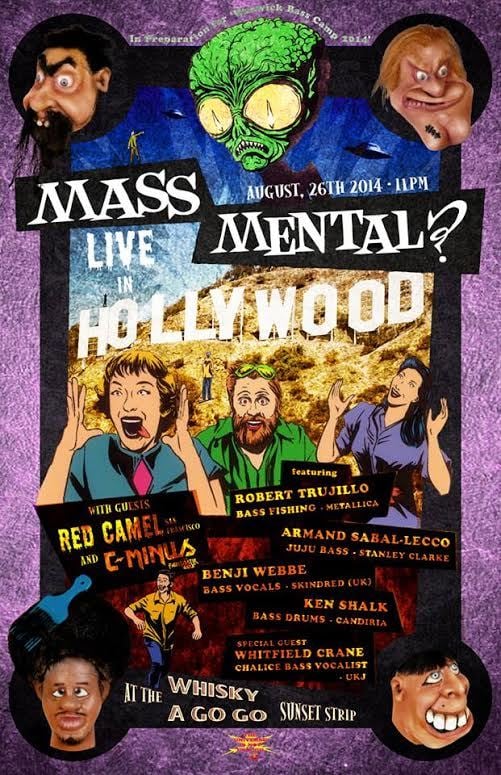