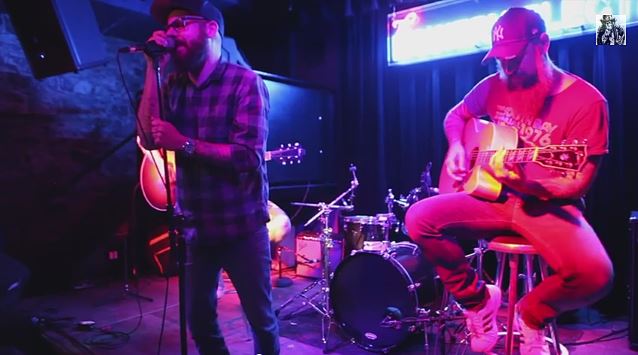 IN FLAMES members Anders Fridén (vocals),Björn Gelotte (guitar) and Niclas Engelin (guitar) played an acoustic set for the first time ever last night (Thursday, September 4) as part of an invite-only listening party for the band's new album, "Siren Charms", at Bowery Electric in New York City. Video footage of the performance, as well a pre-show interview, can be seen below (courtesy of Jö Schüftan of Horns Up Rocks!).

IN FLAMES' eleventh album, "Siren Charms", is due in the U.S. on September 9 via Sony/RED. The CD was recorded at Hansa Tonstudios (DAVID BOWIE, DEPECHE MODE, U2) in Berlin, Germany. The cover artwork was created by Blake Armstrong of Space Boy Comics.

In a recent interview with ARTISTdirect, Gelotte said about the making of "Siren Charms": "We changed the scenery from how we normally do records. We've done quite a few in Gothenburg. We've done a few experiments. We went to Uppsala once. We did one record in Denmark. We rented a huge house, built two studios in there, and just winged it. It turned out great. It was an awesome experience. This time around, Anders [Fridén, vocals] fell in love with the Hansa studios in Germany. It's a classic studio in Berlin. So many classic albums have come from there, and so many artists have been there. He felt that maybe he could get inspired from that or something might rub off in the studio. I was like, 'Fuck it. For me, it doesn't really matter. I can record anywhere.' He was absolutely certain it was important for us to do that. I went down there and fell in love with it too. Anders explained the history of the place. David Bowie, U2 and DEPECHE MODE have all recorded there. All of these huge records have come from there. I was pretty sure it wasn't going to change anything. Listening back to it now, it did. Something came in there. There's a certain melancholic vibe to the album that I'm not sure would've happened anywhere else." 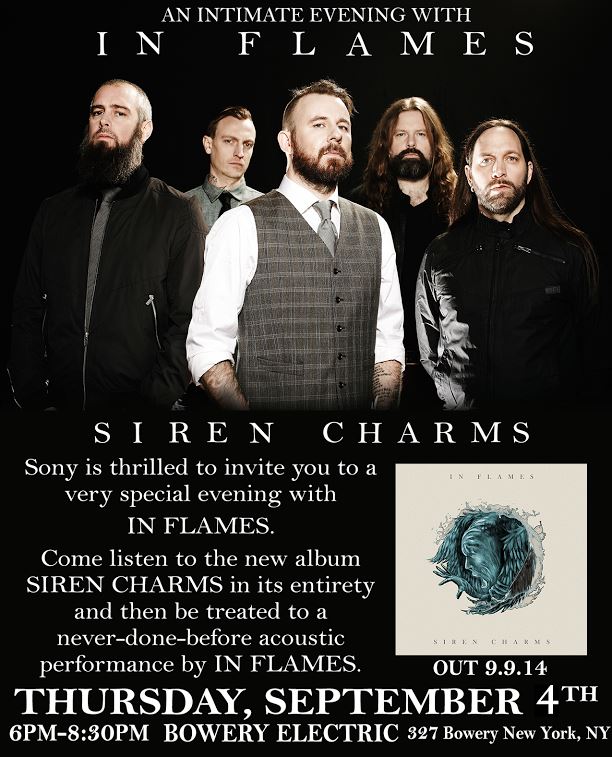