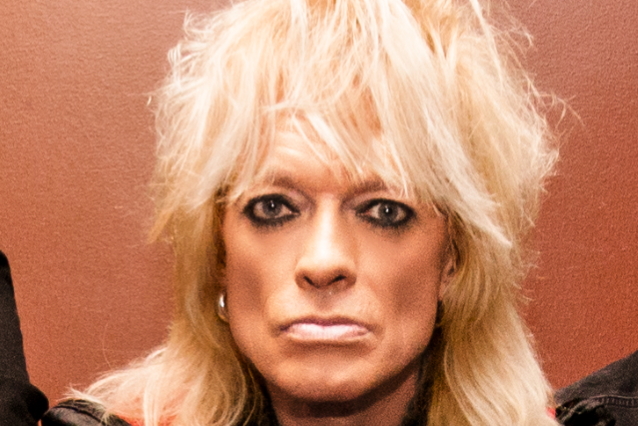 MICHAEL MONROE Talks HANOI ROCKS 'Rebirth': 'I Was Ready To Commit To It For The Rest Of My Life'

The band originally broke on to the hard rock scene in the first half of the 1980s, becoming one of the first Finnish bands to make an international impact. HANOI ROCKS's career was subsequently derailed after the 1984 death of drummer Nicholas "Razzle" Dingley, who was killed in a car accident caused by MÖTLEY CRÜE's Vince Neil. Internal tensions and the commercial disappointment that was 1985's "Rock & Roll Divorce" led to Monroe leaving the band that year, thus putting an early end to HANOI ROCKS.

"The rebirth of HANOI ROCKS happened in 2002," he said (see video below). "It was not planned. It just happened. I would never do a reunion to cash in on the reunion, so to speak, to cash in on the old name. It was interesting for me to see what we could accomplish with Andy [McCoy, guitar] because he had learned to respect my songwriting abilities, which he didn't in the past. It was cool to see what we could do. We had some old ideas, like from 1984, that we had leftover, that I remembered, that we reworked and made into songs. Then it started slipping into the same old 'you'd be nothing without me' and all that shit. I was, like, 'Are you sure you want to start this? Let's do some farewell tours.' I was ready to commit to that for the rest of my life if it had continued being fun, but it came to a point where it wasn't fun anymore, so I called Andy and said 'Let's put this thing to bed.'

"After that, I haven't seen him," he continued. "We haven't had much to do with him, unless it was business with HANOI or something that has to be taking care of, our name in the paper — fine; we'll deal with that. Obviously, we're not the best of friend-friends, not like with Sami [Yaffa, bass]. Sami, Nasty [Suicide, guitar] and me had this bond that was created in the first half of a year of HANOI ROCKS when we started living in the streets of Stockholm homeless. That made us had this street gang kind of vibe. Us against the world, looking out for each other."

Monroe released his new album, "One Man Gang", on October 18 via Silver Lining Music. Recorded and mixed by Petri Majuri at E-Studio in Sipoo, Finland over three weeks in March 2018, the 12-song record was mixed that following autumn with Monroe and bandmates Rich Jones and Steve Conte on production duties.

The Monroe band's all-star lineup features former HANOI ROCKS and NEW YORK DOLLS bass player Sami Yaffa, who has played with Michael since the '80s, and drummer Karl Rockfist (who has played with notable acts such as DANZIG). On guitar are Rich Jones (formerly of the Ginger Wildheart band) and Steve Conte (best known as the guitarist who filled the void left by Johnny Thunders in the NEW YORK DOLLS, as well as playing guitar with many other name acts such as Suzi Quatro, Eric Burden and many more).