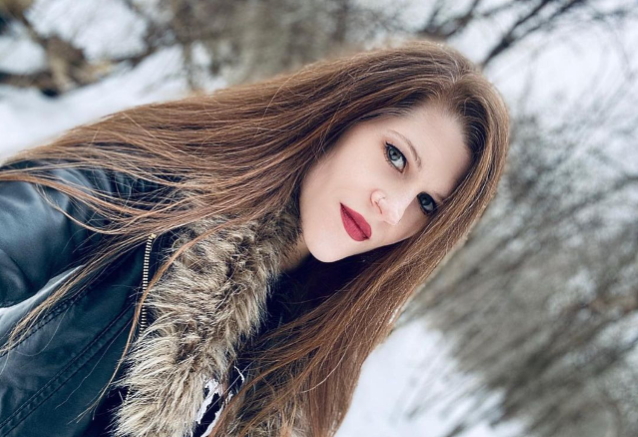 Morgan Lander says that there could "absolutely" be new music from KITTIE at some point in the future.

Asked in a new interview with Pierre Gutiérrez of Rock Talks if KITTIE is still "on hiatus," Morgan responded (as transcribed by BLABBERMOUTH.NET): "As of right now, yes. Since the documentary was filmed and has been released, there's been some changes. We are no longer a signed act. So if we were going to make new music, it would be released independently. But we do still have a number of legacy-type projects that we are going to be releasing and working on for the future. We love to be able to pay tribute to the things that we've done in the past. And I know that a lot of people are even just excited for re-releases of old stuff and whatnot. We're always looking for ways to reintroduce people [to KITTIE's music] and whatnot. So we do have a couple of things coming down the pipeline. I can't really give too many details yet, but there will be announcements and it will be awesome and it should be pretty fun. But no new music as of right now."

Regarding when KITTE fans can expect an announcement regarding said "legacy" projects, Morgan said: "I'm not quite sure, actually. It's still sort of in the development kind of stages, but it's just a fun legacy project that I think that certain people and collectors will be stoked about."

Morgan also confirmed that KITTIE is still very much alive, even if the band isn't active as a recording and touring entity.

"The thing is, especially for myself and for Mercedes, KITTIE is a part of our lives, and it never will stop being a part of our lives," she said. "Whether it's going into a deal to do some re-releases or the 'Live In London' concert that we did, or just digging through the archives to give people little snippets of the past. So KITTIE never will die because it lives within us still. We're still working on the KITTIE legacy, and we still live and breathe that every day. And so absolutely there could be new music. But I just don't think that — it's not the right time yet. But there's always a right time for everything, and I think it could very well happen."