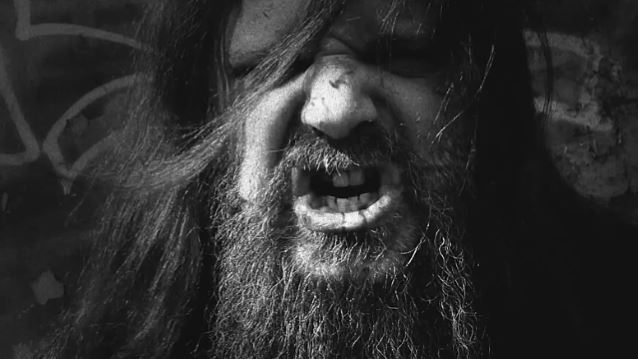 "Traitor", the new video from German death metallers MORGOTH, can be seen below. The song is taken from the band's new studio album, "Ungod", which was released on April 7 in North America via Century Media. The CD contains 11 tracks of dark and dismal death metal, combining the untamed ferocity of MORGOTH’s infamous EPs with the atmospheric density of the band’s two legendary full-length efforts, "Cursed" and "Odium".

MORGOTH guitarist Harry Busse comments: "The first idea that existed for 'Traitor' was the marching riff you find in the verse of the song. After we wrote the bridge and the chorus, the song was almost finished from its instrumental side. I still had no idea in which direction the lyrics should go. Only when Sebastian [Swart, guitar] came up with the clean guitar, that introduces and completes the song, did I have the idea for a theme that would perfectly match the sadness and desperation of this interlude, followed by the brutality and mercilessness of the song itself. A child soldier, betrayed by the ones supposed to protect him, betrayed by the 'Traitor'."

The atmosphere of "Ungod" was perfectly captured by Greek cover designer Seth Siro Anton (PARADISE LOST, SOILWORK, MOONSPELL),who transformed it into an eerie piece of delusion and despair.