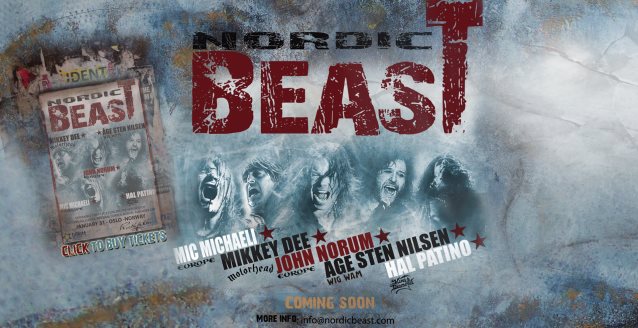 NORDIC BEAST will play its first concert on January 31, 2014 at Rockefeller Music Hall in Oslo, Norway.

The members of NORDIC BEAST insist that their newly formed band will not interfere with their main bands' activities. But they don't rule out that NORDIC BEAST will write original material at some point. Until then the band will offer a kick-ass live set containing the very best from their individual careers with MOTÖRHEAD, EUROPE, WIG WAM, DOKKEN, John Norum solo, KING DIAMOND and a lot more.