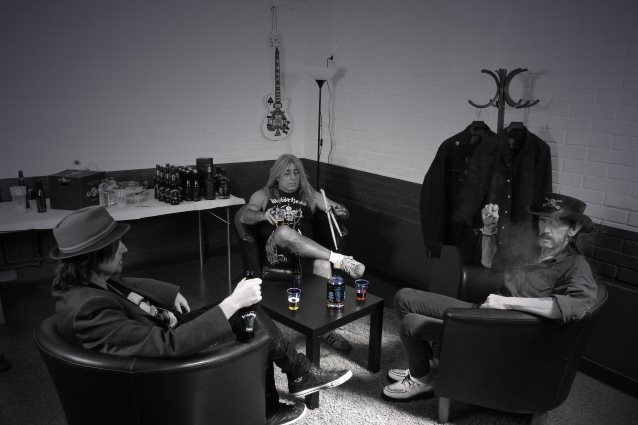 MOTÖRHEAD Whisky: By The Band And For The Fans

The Motörhead Whisky is the perfect tribute to one of the greatest rock'n'roll bands in music history. Lemmy himself was really proud of the Swedish whisky and even had a nickname for it: Swhisky. With a seventh batch hitting the shelves all over Europe and Canada, the spirit of MOTÖRHEAD lives on.

It was not an easy task to create a whisky that would deliver the goods in the same uncompromising way legendary frontman Lemmy did throughout his career. MOTÖRHEAD is, without a doubt, one of the most classic rock bands of all time and the whisky needed to be just as characteristic. The answer to their rock'n'roll prayers was found at Mackmyra, the praised Swedish single malt distillery, and the task was clear; make a unique Swedish single malt whisky with inspiration from American bourbon whiskey. Angela D'Orazio, master blender at Mackmyra, took the task to the fullest and managed to capture the band's raw energy and characteristic attitude in what became an amazing whisky.

It took no less than three years of trying out different samples before they finally got everything right. MOTÖRHEAD drummer Mikkey Dee remembers how he brought a sample to the studio. The band was in the middle of doing the mixes for the album "Bad Magic" when he presented the whisky to Lemmy and guitarist Phil Campbell. "The whisky is incredibly good and all of us in the band have been active in the production process and are very proud of the result," Mikkey said. 'We tried different samples but there was no doubt which one we all preferred." Lemmy's reaction after trying it? "This one tastes fucking great!"

For Brands For Fans and Mackmyra, this was clearly a day to remember. They had finally created the right whisky and the founders at Brands For Fans — Sari H Wilholm and Yvonne Wener — recall the enthusiastic call from Mikkey as a truly happy moment that they will never forget. But the design of the bottle and label remained to be decided. No detail was left unturned during the making of this unique "Swhisky." Sari remembers: "It was very important, both for us and for MOTÖRHEAD, that all three members had their say. Especially Lemmy had very strong opinions and was extremely involved in the process from beginning to end. When we met he spent a lot of time watching and touching the label. He really wanted it to be something special."

When you know about the effort all members put into choosing casks and blends you understand why the result of Motörhead Whisky has been appreciated as much by the fans as the connoisseurs. In 2016, it was even awarded with a medal at Stockholm Beer And Whisky Festival.

Barry Drinkwater, group executive chairman at Global Merchandising Services (with MOTÖRHEAD on their roster) and a legend within merchandise, says the Motörhead Whisky makes perfect sense. "A great liquid and the loudest rock band in the world is a perfect combination," he said. "Rock and whisky go hand in hand. Lemmy always wanted to develop a range of quality alcoholic beverages under the warpig brand as part of the MOTÖRHEAD legacy after Lemmy and the band were no longer around."

Today the whisky is available in large parts of Europe and in May 2017 it will be launched in Canada. The whisky is hailed by fans on social media under hashtag #cheerstolemmy and was seen on the altar during Lemmy's funeral ceremony in Los Angeles.

Lemmy died December 28, 2015, but his spirit lives on. Both through his music and the Motörhead Whisky. Phil Campbell sums it up in a few words: "If you're a rocker or a scholar, enjoy our whisky.... And it will enjoy you."

Motörhead Whisky is a Swedish single malt whisky with an oaky and slightly fruity character, characterized by ageing five years in new American oak barrels, where parts of the whiskey has got a final touch from oloroso oak barrels the last six months. Alcohol strength is 40% and the whisky is cool filtered, so no cloudiness should occur in the bottle or the glass, if the whisky is served at a lower temperature. In summary, this becomes an enjoyable, easy to drink and easy oaky and spicy Swedish single malt whisky.

Angela D'Orazio, master blender / CNO, chief nose officer, explains: "These wonderful oak barrels! I often come across fine barrels of whisky down in the mine, and here we have a bunch of great new American oak barrels that have matured a full five years. We talked about making a Swedish malt whisky with taste influences from bourbon to the guys — and there it was only waiting for us." 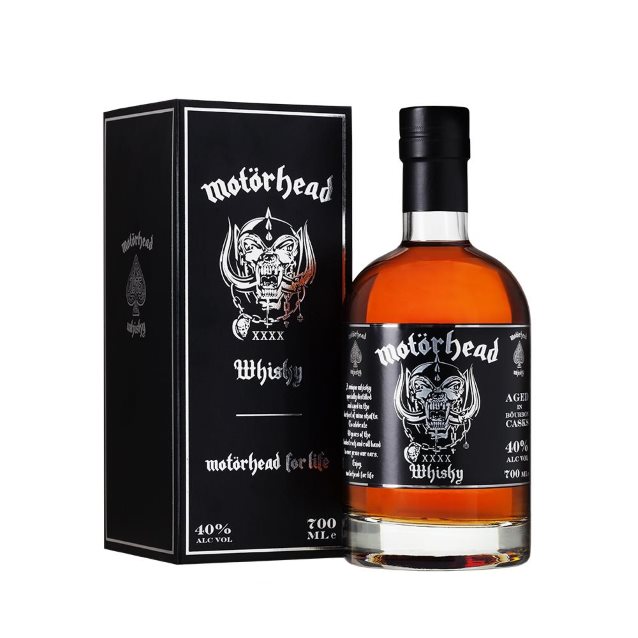