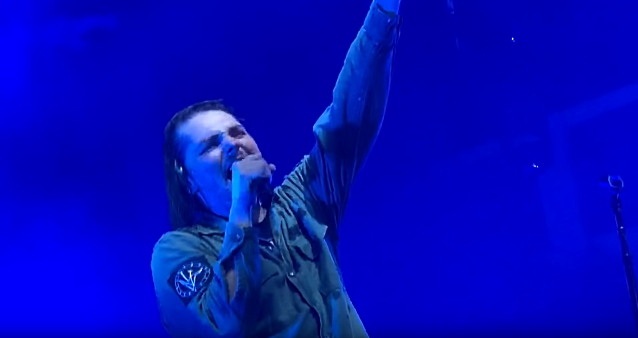 MY CHEMICAL ROMANCE has announced the rescheduled dates for its North American tour. The trek was originally slated to kick off on September 9 in Detroit, Michigan and end on October 11 in Las Vegas, Nevada and was supposed to include a headlining appearance at the Aftershock festival in Sacramento, California.

"As a band, we are deeply aware of the profound problems and crucial issues the world is facing right now. These issues are all life-changing, and we have them in the forefront of our minds on a regular basis. All of our focus should be on making the world better in every way we can.

"We would never want to distract from the challenges we are facing right now, but we feel it is the right thing to let people know that we have rescheduled our shows, so that we can offer people a refund on tickets in these difficult financial times.

"All tickets will be honored for the new dates. If you are unable to attend, refunds are available at your point of purchase.

"It is a long time away, and there is so much for all of us to do to make the world a better place in the interim. We cannot wait to play for you. Take care of each other and yourselves. We will see you soon."

MY CHEMICAL ROMANCE played its first concert in seven years on December 20 in Los Angeles.

MY CHEMICAL ROMANCE broke up in 2013, three years after the release of its fourth studio album, "Danger Days: The True Lives Of The Fabulous Killjoys". Since then, vocalist Gerard Way released his debut solo album, 2014's "Hesitant Alien", and several standalone singles. He also saw his award-winning comic book "The Umbrella Academy" adapted into a Netflix series. In November, it was revealed that Way would be scoring Kevin Smith's upcoming "Clerks" sequel.